The word 'philosophy' stems from the Ancient Greek philosophia, which literally means the "love of wisdom". Philosophy is a study that seeks to answer fundamental problems prevalent within the world pertaining to topics such as ethics, knowledge, existence causality, mind, reason, language, etc. Philosophy is also uniquely distinguished by its method of arriving at conclusions through rational argument and systematic reasoning. 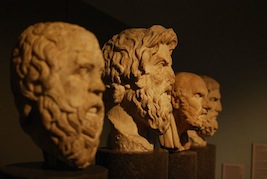 One of the most famous methods of philosophical inquiry was Socrate's dialectic questioning. In the 5th century BC, Socrates used this approach to examine the moral concepts of goodness and justice. His other important topics include virtue, politics and the nature of knowledge. Since Socrates did not write any philosophical texts, all our knowledge of Socrates' philosophy is given to us through his students Plato, Aristotle, Xenophon and Aristophanes. Although Plato's Socratic dialogues were instrumental in passing on Socrate's philosophies, Plato himself was also a much accomplished philosopher throughout the late 5th century to early 4th century BC. One of Plato's most influential works was The Republic in which was outlined important ideas on justice, virtue, the nature of good and the ideal state. Students may also be familiar with some of his other famous concepts such as the Theory of Forms and the Allegory of the Cave. Plato also founded one of the first academic schools of philosophy, the Academy in Athens, where Aristotle was an avid student. During the 4th century BC, Aristotle wrote on a wide array from subjects from metaphysics to the fine arts to politics to zoology. Plato's thought primarily revolved around deductive reasoning, whereas Aristotle used both to incorporate inductive and deductive reasoning in combination; this began the groundwork for our modern scientific method. Furthermore, within his Metaphysics, Aristotle laid down many crucial ideas pertaining to causality, existence and motion. 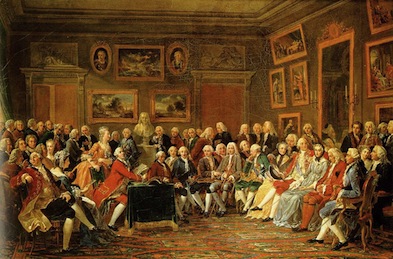 Fast forward to the Renaissance and we see the emergence of the prominent figure Rene Descartes, the father of modern Western philosophy, in the 17th century. His Meditations on First Philosophy continues to be an important work which outlines his thoughts in moral philosophy, philosophy of religion and rationalism. Following this came the period of enlightenment in the 17th and 18th centuries and we witness another legion of incredibly important philosophers: Locke, Hume, and Kant. John Locke was one of the first British empiricists and is most famous for his development of political philosophy and epistemology. Later in the 18th century, David Hume, a notable Scottish empiricist and skeptic, continued to develop many ideas such as causation and the theory of knowledge. Hume was also well known for his ideas on free will, utility and ethics. Some of his most notable works include A Treatise of Human Nature and An Enquiry Concerning Human Understanding. Hume's works found a reaction in Immanuel Kant who is widely regarded as one of the most important philosophers in modern philosophy. One of his greatest works, The Critique of Pure Reason contained many of his most important ideas on epistemology, metaphysics, ethics and aesthetics that became irreplaceable foundations for future philosophers.

Finally we see an emergence of modern philosophy during the 19th century through other great philosophers such as Friedrich Nietzsche. Nietzsche is well known for his work on religion, morality and philosophy of science. Many of Nietzsche's thought such as the death of god and nihilism were considered incredibly radical. Other notable Western philosophers not mentioned here include St. Thomas Aquinas, Francis Bacon, Thomas Hobbes, Karl Marx and the list goes on. 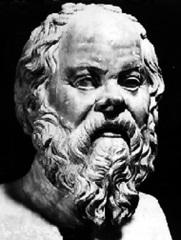 Socrates was an Ancient Greek philosopher who developed the Socratic method and examined ideas on good and justice. 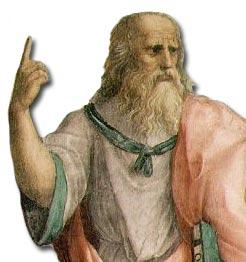 Plato was a student of Socrates and is well known for his work 'The Republic' where he wrote on justice, good, and virtue. 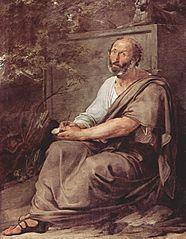 Aristotle was a student of Plato, who wrote many texts on metaphysics, physics, biology, zoology, politics, ethics, etc. 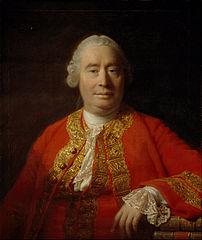 David Hume was a Scottish philosopher who discussed ideas of causation, epistemology and morality. 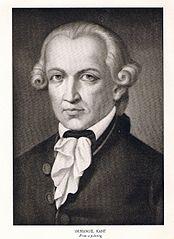 Immanuel Kant was a German philosopher considered by some to be the most important figure in modern philosophy for his work on epistemology, metaphysics, ethics, and aesthetics. 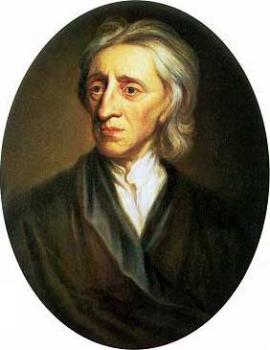 John Locke was a British philosopher who made important contributions to classical republicanism and liberal theory within his ideas on political philosophy. 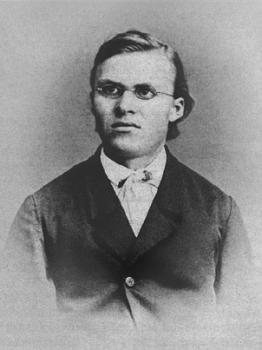 Friedrich Nietzsche was a German philologist, philosopher, and poet who wrote critical texts on religion, morality, and science.

Rene Descartes was a French philosopher, mathematician, and writer who has been dubbed the ‘Father of Modern Philosophy’.

1. About the Dalai Lama you mentioned that he was claiming that all people deserve to have a religion that is effective for them on an individual basis. So do you think that he or would or he would not support the idea of a single universal religion as the solution to the question of religious pluralism? Support would be great h

I know this is long.. I had to read these 2, but have a bunch of questions before writing a response to them.. This is based on Plato, The Apology Obviously you know that Socrates was put on trial and killed by his contemporaries in Athens because he would not back down from his position. But what exactly was that position, a

Did any of these give you a strong reaction and why? Which one surprised you most? Is there any in which you agree/disagree? I chose Plato and Buddha to do my write up, however, you do not have to answer about those 2. I'm trying to get a broader idea of what expert thinkers are thinking, for a larger paper down the line. Thanks

Please describe the terms and ideas of human nature from the perspective of Plato, Descartes, Kant, and Hume.

A Day Without Air Conditioning

See the attached file. 1- Assist with ideas and help write a brief, but well written summary of the article. Then a second paragraph discussing: What would a day without AC be like for you? Think of a typical day and whether it would be an enjoyable experience. Why or why not? Article: Washington didn't grind to a swe

Computers have evolved from machines able to complete simple math problems to ones that can now process information faster than the human brain. "Watson" is computer and "he" appeared on Jeopardy, the TV show. This IBM-powered machine was designed to take on the smartest humans in the world in a trivia game. Watch the YouTub

Aristotle's Doctrine of the Four Causes.

Imagine that an existential psychotherapist and a Freudian psychoanalysis encounter the same scenario where a person seeks help with recurring episodes of serious anxiety. What are some other psychodynamic perspectives?

1. Freud was a physician by training. What was the role of human biology in his psychosexual development theory and the psychodynamic theory (id, ego, and superego)? According to those theories, what was Freud's conception of the mind-body relationship? 2. Imagine that an existential psychotherapist and a Freudian psychoanaly

Neo-Behaviourism and Skinnerian Ideas of Reinforcement

1) Provide a brief description of Functionalism and structuralism research hypothesis from each perspective. Which school is most likely to endorse a qualitative method? Which is a quantitative method? 2) Autism is a diagnosis attracting a lot of attention lately in the media. Describe how a structuralist and a functionalist

Functionalist and a structuralists

Describe how functionalists and structuralists might study a topic in human intelligence. Show how these two approaches illustrate the nomothetic and the idiographic perspectives.

Consciousness and Blacking Out

Have you ever worked such long hours that you "blanked out" on your drive home? That is, you arrived at your destination but honest'y don't remember stopping at certain intersections or making certain turns (kind of scary, right?). Here's the important question: Were you conscious during your "black out"? How would James exp

Explain how Darwin's theory supported psychological research on nonhuman animals. Provide one research question that can only be answered by doing experiments with nonhuman animals in order to shed light on human psychology.

The Relation of the Frontal Lobe to Personality Changes

In 1987, Dr. John Doe's father suffered a heart attack. He never lost consciousness but immediately needed quadruple bypass surgery. Through the help of anesthesia, he was put under for a long period of time as the major arteries were repaired. The surgery was a success but he seemed to change in regards to personality. Where he

How is neural plasticity related to the case of Phinea Gage?

Ideology of De La Mettrie Compared to Locke and Kant

How did the ideology of de La Mettrie compare with Locke and Kant?

Describe how a neuroscientist and a psychophysicist, respectively, might try to answer the research question, "How long does it take for a person to become aware of a flashing light?"

In the now famous case of "Phineas Gage", the damage in his prefrontal cortex (in the orbital and medial regions) resulted in a loss of reasoning abilities and an alteration of personality. On the other hand, confabulation (a type of memory disorder) has been associated with damage in different parts of the prefrontal cortex. Ho

Application of Hobbes's and Descartes's Theories

What is a real-world application of Hobbes' and Descartes' theories? What might be some limitations of their theories to special need children?

The ability of primates to learn languages: theory supported by Descartes of Hobbes?

Modern research on the ability of non-human primates to learn language has found that certain species are capable of learning to use symbolic gestures or visual symbols to represent objects and concepts. However, none of these species could ever be taught the ability to combine these symbols in novel ways to create new expressio

These notes offer an explanation of Plato's epistemology in the Republic.

The argument of Republic 5 is one of the most difficult in the Platonic corpus. It is crucial for an understanding of both Plato's epistemology in general and also the specific political proposals of the Republic. I will start by offering some contextual information, and then lay out the argument as a whole. I will then offer a

Thoreau's Ideas of Idealism and Practicality

How can I incorporate Thoreau's ideas of idealism and practicality into to our lives today? What about Benedict's Rule (ora et Labora). Should I do a comparison between the two and debate it with today's life?

Consider the following passage from Critique of Pure Reason B-143: "The manifold given in sensible intuition is necessary subject to the original synthetic unity of apperception, because in no other way is unity of intuition possible (17). But the act of understanding by which the manifold of given representations (be they in

Exploring the Meaning of Life: Plato and Kant

I need some help getting started on the following: - Identify 2 philosophers, ethical writers, or theorists who have written about the meaning of life. - Explain why you chose the two writers. - Describe, in your own words, their philosophies of life. - Discuss the differences or similarities, if any, in the philosophies o

Identify and give detail on one example of "systematically distorted communication" in an organization.

Which philosophies of science are used in the discipline of nursing?

Which philosophers of science philosophies are useful in the discipline of nursing practice and leadership? Justify/explain position for each. Peer review citations/references are appreciated.