Physics has informally been studied since the Archaic Period in Greece (650 - 480 BCE). At this time, physics and philosophy were interconnected as most ideas proposed by physicists could not be proven scientifically. Thales of Miletus, a Greek philosopher, refused to accept the supernatural, religious and mythological explanations for natural phenomena’s that were the current ways of thinking. Thales was a pioneer in the study of physics making the preliminary statements that water is the basic element, experimenting with magnets and the attraction to rubbed amber, and formulating the first cosmologies (the study of the origins and eventual fate of the universe).

Around 500 BCE, Heraclitus proposed the basic law governing the universe is a principal of change and that nothing remains in the same state indefinitely. Heraclitus was the first scholar in ancient physics to address the role of time in the universe. This concern is one of the more influential concepts in the study of modern physics. Leucippus, and his then student Democritus, developed the theory of atomism. This theory stated that everything is composed entirely of various imperishable, invisible elements, atoms. 500 BCE was critical in the development of physics. Many principles discovered are still concepts widely accepted in modern physics.

In the 16th and 17th centuries, the scientific revolution occurred in Europe. At this time the philosophical approach of physics changed to a mathematical based approach as physics is studied today. From this revolution, such fields as mechanics and astronomy were discovered. Sir Isaac Newton formulated the three laws of motion and the law of universal gravitation. He also invented the study of infinitesimal calculus, which is an essential principal in many branches of physics today.

In the 19th century, physics had evolved such that classical mechanics was able to deal with highly complex problems involved macroscopic situations. From this evolution, thermodynamics and kinetic theory were established, geometrical and physical optics, electromagnetic waves, and the conservation lows for energy and momentum and Maxwell’s theories to explain physical phenomena’s. In the 20th century, Albert Einstein made major strides the theory of relativity. This theory radical theory revolutionized science once again.

Today modern day physics has many different avenues. There is research being conducted in many institutions around the world. General relativity, quantum mechanics, contemporary and particle physics, the standard model, cosmology and the Higgs boson are some of the fields of interest in modern physics. The increase accessibility to the advanced analytical techniques has made the study of physics much more of an international pursuit than it has been previously in history. 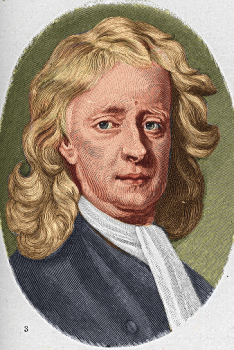 Sir Isaac Newton was a mathematician that developed the laws of motion and universal gravitation. 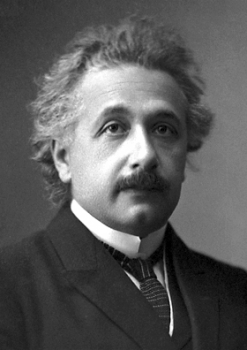 Albert Einstein was a theoretical physicist that developed the general theory of relativity.

What is the differences between Julian calendar and Gregorian calender? How each was developed?