Whether our original ancestors ever looked up at a clear night sky and pondered their place in this vast universe is up to individual preference but most point to ancient Greece as the birthplace of modern philosophical thought. Thales’ idea that everything comes from water, Pythagoras’ more practical and mathematically applicable observations, Socrates’ clear and critical style of reasoning, Plato and Aristotle's’ far-reaching works, including metaphysics, logic and ethics - strange though some of these ideas may seem, they are the ideas that laid the foundations of philosophy as we know it.

Hellenistic philosophers like Eupicurus and Epicetus that followed set their focus more on how the individual and their place and personal power in society and politics. There began then a trend of integrating Greek ideas into the Judeo-Christian religious traditions in the form of neoplatonism and a mix of Arabic thinkers and the North African Augustine’s ‘proof’ of God and ideas on free will. In this medieval period, philosophy took a scholasticist turn. Empircal methods initiated by Francis Bacon sparked into life in England whilst the Dominican order favoured Aristotle's’ methods of reasoning, spearheaded by Thomas Aquinas.

Next came the renaissance of philosophy where humanism came up against the burgeoning field of scientific study. Significant philosophers in this time and the early modern era include Machiavelli, Hobbes, Descartes, Locke, Berkeley and Hume who largely rejected scholasticism in favour of the pursuit of absolute, scientific truth. The mind-body problem emerged in this period, as did many questions of immaterialism, skepticism, human knowledge and epistemology, the individual self and a revival of morality debates.

More recent modern philosophy started with the Enlightenment in Britain, followed by Kant and his ideas on A Priori and reality, absolute idealists like Hegel and Fichte, Marx’ famous works on socio-political issues, various pragmatists and Nietzsche’s resounding rejection of religion in his writings on the superman and the “death of god”.

Finally we come to contemporary modern philosophy, largely separated from earlier philosophy by it’s restructuring of logic according to mathematics to allow for a new attempt at certainty. Moore and Russel overturned the old idealism with a cautious, analytical approach many use as a model today. Alternatives like realism and logical positivism found their origins in this time and more thought was devoted to linguistic analyses (with contributions by Searle), existentialism (particularly by Heidegger and Sartre) and feminism than ever before.

This is the summary of the last 2600 years (roughly) in philosophy, though the list is by no means exhaustive. See the categories and postings within for specifics.

What is right and wrong? How should we treat people? This topic discusses the non-law rules a society makes for interactions between people. 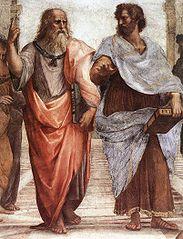 Logic finds the validity of an argument, critical thinking allows a person to analyse an argument and make up their own mind.

This category discusses the study of human made arts and natural occurring objects and why we consider them beautiful. 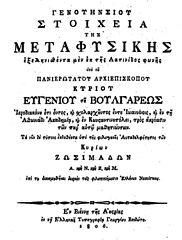 Metaphysics is concerned with the fundamental questions of existence, properties of objects and processes. Metaphysicians seek to discover what is really there and the nature of it.

This is the theory of knowledge - the differences between truth and belief and how we gather knowledge. 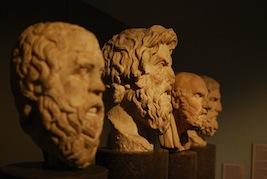 From Plato to Sartre, from Aristotle to Nietzsche - this category identifies the philosophers who have shaped modern thought.

Technology has changed the way people think about the world, about the global community, and about the future.

Confucius isn't the only non-Western philosopher - Non-Western Philosophies cover philosophies and theories from Africa, Asia, and the Middle East.

Philosophy of the Mind

While Aesthetics and Metaphysics deal with outward understanding, the philosophy of the mind focuses inwards on consciousness and the mind-body problem.

Philosophy is often considered the first science, but scientific inquiry among the 'hard sciences' has developed considerably since then - enough to warrant philosophical reflection of its own.