Gender studies uses the concept of gender to analyze a wide range of disciplines. Although many aspects of gender studies are influenced and inspired by feminism, there exists a broad variety of theoretical approaches. Gender studies includes women's and men's studies, as well as gay and lesbian studies.¹

Famous philosopher and feminist Simone de Beauvoir once said that “one is not born a woman, but becomes one”.² This quote implies that gender should be associated with masculinities and femininities, not a person’s sex.

After women achieved the right to vote in the United States near the beginning of the 20th century, a push for more equal rights began until it reached its climax during the women’s liberation movement of the 1970s. However, the beginning of women's rights movements dates back to 1848 to the signing of a Declaration of Sentiments, which outlined grievances and set the agenda for women's movements.³

Gender is a classifying principle in society and culture. It is also a strong discriminating tool in labor, healthcare, income, education, and disease.⁴ An example of gender as a classifying tool is whether the colors blue or pink are male or female colors, respectively. Social and cultural gender patterns are internalized to an extent where self-image is determined by a person’s biological sex.⁴

It is important to understand how race, gender, and sexuality all intersect and influence each other. For example, an individual is not only black, but could be black, female, and homosexual, all of which affect her experiences within society.

3. infoplease. Women's Rights Movements in the U.S. Retrieved May 1, 2014, from http://www.infoplease.com/spot/womenstimeline1.html

4. Institute fro Gender Studies. What is gender studies? Retrieved May 1, 2014, from http://www.ru.nl/genderstudies/english/institute_for_gender/what_is_gender/ 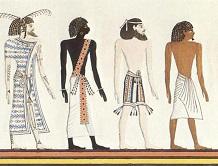 Race refers to each of the major divisions of humankind, being separated by phenotypical attributes. Each division is used to categorize humans and is understood as a social construct.

Gender refers to the socially constructed roles that a given society considers appropriate for men and women.

Sexuality refers to a person’s sexual orientation or preferences for sexual interaction. Gender history is a popular field (and growing), but it is not always as straightforward as some may think the name suggests. When studying it, there are specific questions to ask, pitfalls to watch out for, and ways to read sources, for instance. ... READ MORE » ... READ MORE »