Canada is a very diverse nation, both in terms of culture and ethnicity. One of the policy responses by the government to this growing diversity was making multiculturalism official in the early 1970s. While to this day, multiculturalism has been official for almost 40 years, it is still a highly debated topic. Indigenous law, immigration and refugee law stand at the forefront of the controversy regarding multicultural laws.

Central to the multiculturalism policy in the early 1970s was the official recognition of diverse cultures. Not only was equity guaranteed, but different ethnic groups were encouraged to retain their cultural traditions and languages instead of assimilating into mainstream society. In support of this idea, the government not only made multiculturalism official, but also established cultural programs, as well as anti-discriminatory policies using their own budget. However, it is important to note that while the multiculturalism policy does technically include Aboriginal peoples, the emphasis has been on new immigrants. It is this emphasis which has brought about the controversial issues, and by extension new laws to protect them.

Although the Canadian Multiculturalism Act was passed by the federal government, there has been significant development in this area at the provincial level. For example, Nova Scotia passed their own Multiculturalism act in 1989. 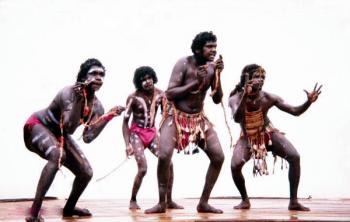 Indigenous Law refers to the set of laws which pertain to indigenous peoples in Canada. 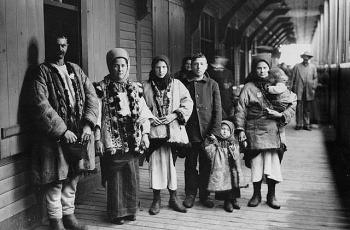 The Canadian immigration and refugee law refers to the set of laws which pertain to foreign nationals in Canada.

Legal culture is a legal tool which can describe differences between cultural labels.

A Discussion on Personal and Business Ethics

1. Explain the difference between personal and business ethics. 2. Can business ethics and personal ethics overlap and conflict with one another? 3. Can you be an ethical and moral person but a crooked and unethical business person?

Please help with the following problem. Provide at least 300 words in the solution. What are some of the views about the modern direction of the high court through any number of issues, such as reproductive rights, criminal justice, or states' rights?

While in law school, you are doing an internship as a judge's clerk. You are working at your desk, and the judge is in his office talking to one of the state's attorneys. You overhear the discussion regarding one of the defendants whose case will be heard in his courtroom today. You heard the judge making comments about the d

Moral Behaviour in the Police Force

You have been asked by your lieutenant to write a report using his notes on a case. Although there is a great deal of paperwork marked "Confidential," he told you to only write the report based on what was in the blue folder. As you are writing the report, you opened the other folders in the packet and noticed that some informat

Challenges in Ethics of a Company

Discuss the major challenges you would anticipate in applying the approach to ethics in the company you researched (and the specific challenges they face), as well as how those challenges might be addressed.

Proposed Bill: The Identity Theft Bill specifies stats that any person who impersonates another actual person through or on a website for specified harmful purposes will be guilty of a Class A misdemeanor. Do you understand the issue and the effects of identity theft? Do you support the adoption of this legislation? Why or Wh

What special concerns of the healthcare industry do anti-trust laws address? Mention concerns specific to healthcare, that is, not shared by other industries. Have you noticed any impact that HIPAA (the Privacy Rule) has had on you as a healthcare consumer? Does this legislation benefit healthcare providers? Why or why not?

Health Care as a Business and the Stark Laws

Discuss any connection between the evolution of health care as a business and the Stark Laws. Discuss your views on the impact that medical malpractice lawsuits have on the delivery of healthcare in the United States.

Why might healthcare organizations require greater governmental regulation than companies in other industries. Do you believe that healthcare is a right or a privilege? Discuss the ethical considerations for your position.

Discussing a Guide for Consolidating Learning

See the attached file. Personal autonomy is integral to dignity in mankind. As early as 1914 Justice Cardozo viewed its primacy as the right of: 'every human being of adult years and sound mind... to determine what shall be done with his own body'. An adult with capacity in England and Wales has the absolute right to refuse med

What are two ethical dilemmas facing the profession of healthcare? What are the efforts being made by those in the profession to resolve the dilemmas (rules, standards, etc.)? Describe the possible consequences if one behaves unethically in the situation.

Implications for professional or organizational liability

What are the implications for professional or organizational liability regarding delegation and supervision when the licensed health care professional supervises non-licensed persons in an organization (such as nurses and nursing assistants)?

There is a movie called "The Doctor". William Hurt & christine Laihti . In the attached file there is a description & 3 Qs to answer based on the movie & the description. plases read the description carefuly & provide the answer to the 3 Qs in an essay form. The answer should be from your own point of view. Only one page is req

What are the inherent issues that arise in applying law to the internet?

What are the inherent issues that arise in applying law to the internet?

The Ethical and Legal Aspects of Healthcare

SCENARIO Robert, age twenty-five, has lost 50 percent of his kidney function due to diabetes, which has also left him blind and with severe neuropathy in his legs and feet. His general condition is deteriorating so rapidly that he probably has no more than a year to live. Robert's father wants to donate his kidney, if he is c

I am trying to understand the pros and cons of choosing a different type of entity (Limited liability, Corporation Partnership, franchises or sole proprietorship) which best suits each situation below...justifying why you have chosen the specific type of entity to do business in a particular form, or, in the case of an existing