The Encyclopedia Britannica defines philosophy of the mind as a “reflection on the nature of mental phenomena and especially on the relation of the mind to the body and to the rest of the physical world.”1. This is a wide, and surprisingly decisive field, as indicating by the following two prevailing dichotomies:

1) The Mind-Body Problem - Dualism vs. Monism
This line of inquiry into whether the mind is separate from the physical body (the dualist approach) or if they are a single unified entity (the monist view) is practically as old as philosophy itself, appearing in some form in works of Plato (dualist) and Aristotle (monist), though Descartes’ founding of Cartesian dualism is often seen as the first thorough attempt at answering the problem. Since then many philosophers have weighed in, including Kant, Huxley and Searle; modern philosophy tends toward dualism but there remain arguments for both sides and many sub-divisions of both arguments as well.

2) Location of the Mind - Externalism vs. Internalism
Here, there is dissent among philosophers concerning the actual placement of what we call the mind. Is it inside the body (internalism) or outside it (externalism)? It would seem that monists would argue the former but Descartes, in his idea of dualism, put forward that the pineal gland (a pea-sized gland in the brain) is the “principal seat of the soul”2 so the divide is by no means clear. Putnam’s Twin Earth thought experiment is another argument for externalism. 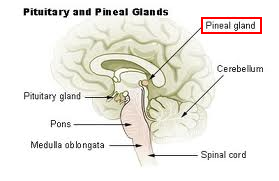 Of course, these are far from the only two issues that plague philosophers of the mind today. The term ‘naturalism’ enfolds the physicalist problem that if the mind is a physical thing, like the body, then why does it possess qualities (e.g. the ability to experience pain) that do not occur in any other materials we know of? Then there is the philosophy of perception that deals with the bridge between what is real and what we sense, as well as how these interpretations affect our beliefs.

While an admirable pursuit in philosophy alone, applications of the study of the philosophy of the mind stretch from neurobiology to cognitive science to computer science so undoubtedly this is an area of study that will persist.

This is an ancient philosophical debate, discussed by Plato, Descartes, Kant, Searle and many others, on whether the mind is separate to the body or they are a single unified entity.

The existence, subjectivity and possible neurological causes of emotions are a rich source of debate among the philosophical community.

The debate on whether experiences, thoughts and 'reality' in general exist objectively or only inside our minds and perceptions.

I use this book: Leo Strauss and Joseph Cropsey, History of Political Philosophy, 3rd ed. (Chicago: The University of Chicago Press, 1987) PLEASE ANSWER EACH QUESTION IN ONE PAGE SINGLE SPACE EACH Question 1: What is new about what Machiavelli brought to political thought and the study of political rule? What are your thou

1. As I learn more about the mind/brain connection, I find myself willing to give up the notion of "mind" as a separate idea. Is this just me, or does someone else feel that way? Why or why not do you? How do you think Rene Descartes view this mind/brain research? How would feminist Eve Cole? 2. Also, I'm just wondering.. if

Folk beliefs and truth in practice

Please address the following in a three-page paper: Identify a belief that you (or someone in your community) thinks is true. Present an account of at least one metaphysical account of reality from the assigned readings with support from the course texts and online lectures. For example, you might discuss Plato, Aristotle, o

Identifying Your Path in Life

William James conceived consciousness as a continuous stream of thought that may or may not be based on sensations. Consider a scenario in which you come home from work and are too tired to do anything. You sit down on the couch and turn the TV on, but for a while you are simply staring at the TV screen without paying attention

I need help answering a Discussion Question - Delanty, G. & Strydom, P. (Eds). (2003). Philosophies of social science: The classic and contemporary readings. Is there a traditional or normal idea of what my mind (my identity) is?

subject of Consciousness and whether it is strictly a biological process.

Give an example of when you have used a personal experience and then generalized to a larger audience. What did you learn from that experience?

Critical and Creative Thinking are compared.

Creative thinking is debated and connected to theory.

According to Kirby and Goodpaster (2007) anyone can be creative. Do you agree with this, yes or no? Why?

What is the significance of Freudâ??s discoveries about the language of dreams, as mentioned in the text below, for practicing management and social science research?

history of pragmatism analytic and philosophy of mind.

Student Problem: I am having trouble filling out the attached matrix. In the matrix below, describe the historical development, key contributors, and principle issues of pragmatism, analytic philosophy, and the Philosophy of Mind. I need this to do a final paper, Please help me.

Is a person more than a physical body? What is the mind? What is thought?

Please provide some ideas for a powerpoint presentation. Maybe some speaker notes I can use to give me some insight on this project. Also help with an outline is needed.

Philosophy of the Mind: Conception of Mind, Body, and Thought

Discussing the Body, Mind and Thought

Is a person more than a physical body? What is the mind? What is thought? I need some help on researching, to better understand the different views on this question in order to take a side in which I believe. I need to write a paper relaying my point of view and arguments on this subject.

What do you think John Dewey meant by "an experience"?

Pragmatism, Analytic Philosophy, and the Philosophy of Mind Matrix

Describe the historical development, key contributors, and principle issues [for each] of pragmatism, analytic philosophy, and the Philosophy of Mind.

Both Plato and Nietzsche describe a process that could be called "enlightenment." Compare and contrast their views on this process.

I am not sure what the process that could be called "enlightenment" means.

Presentation of the flexibility or "graceful degradation" argument

What is the "graceful degradation" advantage of connectionism over classicism?