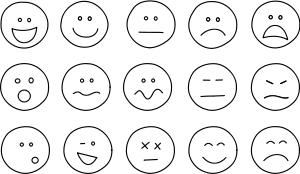 Emotions are physical sensations with a mental component. Hunger, for example, is purely a physical drive, but the fear of starvation that accompanies extreme hunger arises from both body and mind. Some look to natural selection as the cause of our emotions; for example, a cavemen who felt love for his offspring and looked after them caringly might have passed on their genes before another who left his children to fend for themselves. Others say that this cannot account for the complex emotional states modern day humans are capable of, and point to culture and society as means to explain them. Evidence for this position includes the way some languages have words for emotions that have no direct translation in others - for example, the German schadenfreude and l'appel du vide in French - as well as the fact that many emotions arise as a direct result of interpersonal contact. However, it is worth noting that many studies have found the basic emotions: fear, happiness, sadness and anger (and surprise and disgust, though some debate whether these are emotions or simply physical reactions), can be exhibited and recognized facially at around a 92% success rate by cultures across in the world1. These fundamental expressions are even the same on children who have been blind from birth1.

Wherever they came from, we must also ask what emotions are now - how do they work? There is the obvious notion that external events trigger emotions in us, but whether the process going from outer stimuli to inner feelings is instinctual, cognitive or some mixture is under debate2. Some cases are clearer than others - fear upon hearing a growl behind you seems a natural, automatic response and we all know how thinking a lot about our anxieties can make the emotion ten times worse - but what about grief, for example? Imagine a person seeing their dog get hit by a car; some may feel the blow of grief immediately, without thought, but others might not take it in until they think of their everything that dog meant to them and how it will never come back. This individual difference and subjectivity makes it hard to study emotions. Psychologists often use MRI techniques to try and associate brain patterns with emotions and as philosophers, we must carefully consider the implications of whether emotions reside more in the body or mind. 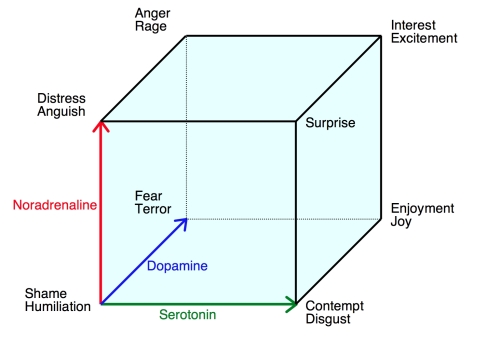 There are many other questions surrounding the philosophy of emotions - do we feel emotions the same way? Are they quantifiable? Do animals have emotions in the same way as humans? Can we ever program artificial intelligence with emotions? Do emotions still have a use in today's society (for motivation, happiness, morals, etc.), or should they be suppressed in favour of logic and rationalism as in so much futuristic fiction? This field of study is an open and enduring one.

Theories of Emotion in relation to Human Motivation

The solution tackles theories of emotion & arousal as they relate to human motivation. It is presented in an essay, written in APA style with references to allow students to expand on the information & discussion detailed in the essay. The solution traces the development of Theories on emotion from the late 19th century to that

What role does emotion play in the critical thinking process?

What role does emotion play in the critical thinking process?