Aesthetics is a branch of philosophy dealing with the nature of art, beauty, and taste with the creation and appreciation of beauty. It is scientifically defined as the study of sensory or sensori-emotional values, sometimes called judgments of sentiments and taste1.

Ancient doctrines that guided the production and interpretation of prehistoric art are mostly unknown. Ancient art was based on the nine great ancient civilizations that included Egypt, Mesopotamia, Persia, Greece, China, Rome, India, Celtics, and Maya1. Each of these civilizations developed a unique style in its art.

Greece had the most influence on the development of aesthetics in the West. This period saw an increased interest in the human physical form. Body hair was rarely depicted in art that addressed physical beauty. In contrast to this, the grotesque genre showed hair2. 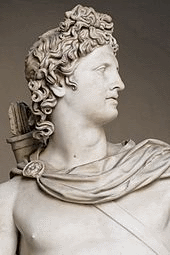 The Apollo Belvedere was viewed as the epitomy of aesthetic perfection for centuries upon its rediscovery in Italy in 14893.

Greek philosophers originally felt that aesthetically appealing objects were beautiful in and of themselves. However, Plato believed that for us to have a perception of beauty there must be a transcendent form for beauty. All objects that are deemed beautiful must partake in that form of beauty. He felt that beauty incorporated proportion, harmony, and unity4.

From the late 17th to the early 20th century Western aesthetics underwent a revolution into what is called modernism. German and British thinkers emphasized beauty as the key component of art and of the aesthetic experience.

What is beauty? When one examines this question from the alternate view points of a spectator versus a producer of art, one arrives at distinct answers. How does examining the contrasting approach of Plato and Nietzsche in regards to concepts of beauty illustrate a historical shift within both philosophy as well as art?

1. What makes a thing beautiful? 2. Why do we pay good money to listen to music that depresses us or watch movies that make us cry? 3. What makes the "Birth of Venus" a piece of art and Playboy centerfold a piece of pornography?

What is the Philosophy of Beauty and Art?

What is art and what is beauty? I really need help with this subject. Are there any principle issues within this subject, if so what, who are the major contributors relating to this.

What is art? What is beauty?

Themes of Beauty in classical / ancient literature represented in films?

I am looking for a list of primary sources from ancient Greek or Roman writings with themes of beauty. I need about 20 sources. Thanks.

Below I am asking three separate questions, the first question is just a difference in opinion. The second and third question I need some explanation as I am confused about the differences. My thought to question one is no they all all different in their own way, but I would like your opinion and why you feel that way. Are pe

What did art mean to Aristotle? How does he make distinctions between such things as poetic art, history, tragedy, comedy and the likes?