Historically, nuclear physics and atomic physics were distinct disciplines. In 1896 Henri Becquerel discovered radioactivity. At the beginning of the 20th century, J.J. Thomson founded the plum pudding model. This model displayed the atom as a large positively charged ball with small negatively charged electrons embedded inside of it.

After the plum pudding model’s discovery, scientists found three types of radiation emanating from atoms, alpha, beta and gamma radiation. It was found that the beta decay spectrum was continuous rather than discrete. Electrons were being ejected from the atom with a range of energies rather than a discrete amount of energies that was observed in gamma and alpha decays. This indicated that energy was not conserved in these decays. 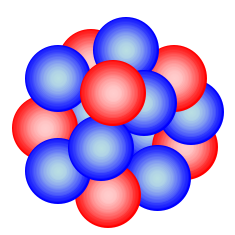 A nuclear particle is a unit of matter smaller than an atom. 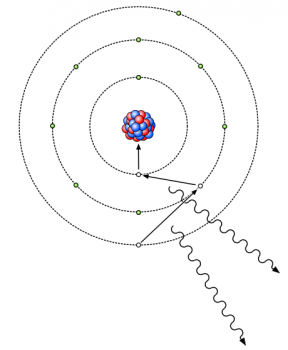 Radioactivity are the particle which are emitted from nuclei as a result from nuclear instability. 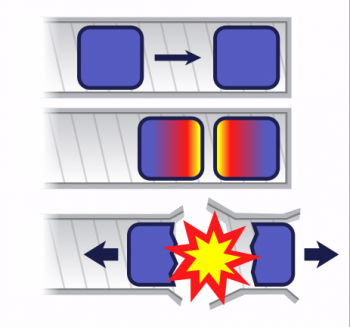 A nuclear reaction is the process of two or more nuclei colliding to produce one or more nuclide that are different from the nuclei's at the beginning of the process.

Energy is released during a nuclear reaction due to a conversion between mass and energy. Mass is not conserved; the initial and final amounts are different. If a total of 1 gram of mass is "missing," how much energy has been released?

5. For an electron to be confined to a nucleus, its de Broglie wavelength would have to be less than 10^-14m. (a) What would be the kinetic energy of an electron confined to this region? (b) On the basis of this result, would you expect to find an electron in a nucleus? Explain.

Canadian nuclear reactors use heavy water moderators in which elastic collisions occur between the neutrons and deuterons of mass 2.0 u. What is the speed of a neutron, expressed as a fraction of its original speed, after a head-on, elastic collision with a deuteron which is initially at rest? What is its kinetic energy, express

Temperature of Water in a Power Plant

In a nuclear submarine power plant, the temperature of the water in the reactor is above 100C. How is this possible? I believe it has to do with the cooling process of boiling water, but would like a little guidance. Thank you for your help!