Some of the major political thinkers throughout history include Plato, Aristotle, Hobbes, Locke, Hume, Rousseau, Burke, Wollstonecraft, Kant, Hegel, Bentham, Mill, and Marx. These thinkers all had their own important contributions to the development of modern political theory.

Plato (427-347 BCE) made his contribution to the literature through the Republic, the Politicus, and the Laws. Plato's political ideas revolved around his belief that an aristocratic form of government run by 'philosopher kings' was the best form of government. Aristotle (384-322 BCE) was Plato's student. Aristotle's political philosophy is written down in his book Politics where he discusses the various ways in which a state can be organized politically. Aristotle analyzed real and theoretical city-states and eventually classified them as good or perverted. 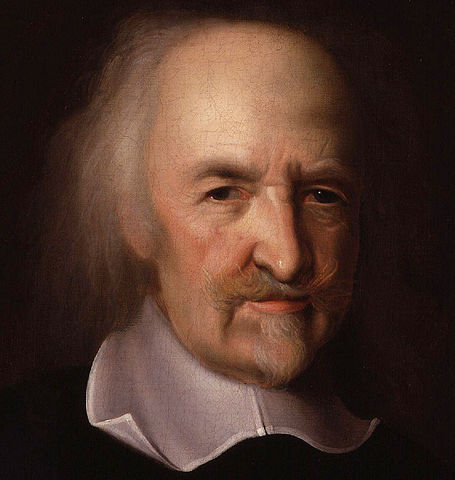 Thomas Hobbes' (1588-1679) most important work in terms of political theory is the Leviathan. Hobbes applies a scientific approach to politics and seeks to analyze the smallest components of each political system in order to deduce rational principles about the grander political organization. These smallest individual components are human individuals. Ultimately, Hobbes' thoughts are that a strong government is necessary to keep humans living together in large numbers from exercising their destructive tendencies amongst each other. John Locke (1623-1704) had similar ideas to Hobbes. Locke's important contributions come from his Two Treatises of Government. Locke's political theory can be summed up as a theory of resistance: governments are formed by the population with the purpose to defend natural rights and laws, but government itself is never above these laws.

David Hume (1711-1776) has contributed most of his ideas through short essays on political thought here and there. Nonetheless some of his philosophical works such as the Treatise on Human Nature have become important foundations to political thought. Some of Hume's ideas included a separation of powers and decentralization. Jean-Jacques Rousseau (1712-1778) wrote The Social Contract which is often thought of as his magnum opus. In this work, Rousseau outlines an important framework for classical republicanism. Edmund Burke (1729-1797) is best known for his Reflections on the Revolutions in France. He is also known as the founder of modern conservatism.

Mary Wollstonecraft (1759-1797) brings the specific issues pertaining to women in the political environment to the forefront in her work A Vindication of the Rights of Woman. Immanuel Kant (1724-1804) outlines in his various works that a republican government is the most suitable for his philosophical description of a human being. George Hegel (1770-1831) has contributed both to the right side and left side of the political spectrum and has often been criticized for some of his more controversial thoughts that have been blamed to encourage totalitarianism. Nonetheless, Hegel's contributions are incredibly important.

Jeremy Bentham (1748-1832) applied his principles of utility and utilitarianism onto his political thought bringing about a different point of view. John Stuart Miull (1806-1873) built upon the previous ideas of utilitarianism and freedom in his contributions to political theory such as Utilitarianism. Karl Marx (1818-1883) is most famous for his Communist Manifesto. Regardless of the modern views of communism, Marx leaves a lasting impact through the radical ideas he has proposed in his manifesto.

Referencing three theorists from different eras, compare and contrast their views of the nature of man. How, in each case, did those views influence their theories of politics? Your job is to establish the causal link between a thinker's assumptions about human nature and his political philosophy - not merely to describe that ph

Provide a real-life example to illustrate the differences between private planning and public planning.

How did the ancient Athenian citizen oath address the issue of the governmental responsibility to future generations? How do the theories by Edmund Burke, John Locke and David Hume relate to inter-generational government responsibility? How does the aforementioned political theories associated with government's responsibili

What is democratic theory and how did individuals like Locke influence the theory?

Explain the concept of the State of Nature. You should address the following issues in your answer: What is the point of the theory? I.e. what is is trying to explain. What are the problems humans face in the state of nature? What is it about the state of nature that makes us face those problems? How do we leave the state of nat