One popular answer to the question of how do we gain knowledge is that we do so through experiences and perceptions of the real world. If you burn yourself, you know fire is hot; if you look at grass, you know it’s green etc. Much of the scientific method is a refinement of these sorts of ideas. However, as with many aspects of philosophy, experiences can be misleading and perception is not as simple when you begin to think through the details of the process.

Knowledge through experience has the drawback of being highly specific to that particular situation whereas knowledge gained by the scientific methods strives to have universal applications. Equally, human experiences are prone to any number of biases; from the confirmation bias that makes you only notice the rowdy youths on the bus to reaffirm your suspicions that all youths are disruptive to the brain’s desire for causal links that might inspire a hockey players to religiously put their left skate on first after doing that once and scoring a spectacular goal that game. That is not to say experience-based knowledge is always wrong - the sum of our cultural a posteriori knowledge, as it is called, is vast and often useful, but one has to be aware of the potential for unreliability.

As for purely perceptual knowledge, it may seem strange initially to have any doubts that the grass is green but this is a valid question. 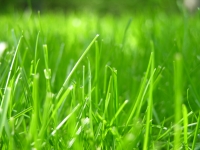 Naive realism (also known as direct realism or common sense realism) does not question this, taking everything we see, taste, smell, touch and hear at face value. However, a representative realist would take into account the fact that being ‘green’ is actually just the result of grass reflecting a certain wavelength of light which human eyes can pick up and interpret as green. This creates a divide between direct sensory knowledge, such as the weight or shape of a blade of grass, and the greenness, a secondary form of sensory knowledge that comes about as a result of an imperceptible property of the grass. John Locke was a main proponent of this idea; Berkeley on the other hand prefers to go a step further into idealism which posits that our experiences of things are the only reality we can be sure of. Thus, according to idealists, if you are in a room alone and close your eyes, the objects within it, no longer being perceived, cease to exist in any meaningful way.

Evidently, one must devote some thought to the stock they put in experiences and perceptions so as to avoid blind reliance on this very useful tool as a mean to gain knowledge.

Empiricism is a major school of philosophical thought, but if asked to define it, would you be able to explain it concretely and concisely? This post will attempt to give you the most important information, without being overly complicated, so that you will be able to explain Empiricism successfully.

I've located a research study that uses a phenomenological perspective. I need some suggestions on how to analyze the ontological, axiological, and epistemological assumptions that the author of the article makes. How is this manifested in the research questions, variables, instruments, data collection, and data collection proc

Rationalism, Empiricism and it's Relation to Perception

Describe individual epistemology and its relationship to perception.

Epistemological Analysis of a Personal Experience

What is an example of epistemological analysis of a personal experience?

Descartes tells us that, in order to see what is real, we must first doubt all we know with our senses. Our senses can deceive us. Are we dreaming?

Descartes tells us that, in order to see what is real, we must first doubt all we know with our senses. Our senses can deceive us. Are we dreaming? Are we being manipulated by an evil genius??Is Descartes' argument against trusting the senses a good one? What appeals to you most, and what do you find odd?

Plato's Allegory of the Cave

What I want you to think about is how what we KNOW is created by our EXPERIENCES. Think here about how hard it is to learn new perspectives and beliefs. How would you feel coming out of Plato's cave? Would this be a difficult thing? Provide an example of an experience of yours where you were enlightened like Plato is talking abo

Do the senses play a primary role in knowledge?

What is appealing about giving the senses a primary role in knowledge? What are the limitations of this approach?