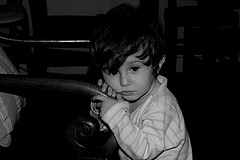 The treatment of children is a delicate issue in the field of psychology as much as in any other. It is of the utmost importance that individuals are not allowed to be maltreated, intentionally or not, because of their age but it would be equally wrong to ignore psychological conditions in youth and children out of fear of further damage. Clearly, this is a topic to be handled with care, but also one that cannot be ignored - an estimated 20% of children in America alone suffer from a mental condition1.

Of course, there are fringe cases of extreme psychological abnormality in infants such as feral children2 or shockingly violent desires resulting from abuse3, but the more widespread issues tend to be less disruptive, though far from fun for the child to experience. These issues often fall under the catch-all term of 'developmental disorders' and may include anxiety, significant disruptive behavior, eating disorders, elimination (body waste) disorders, hyperactivity, mood disorders, tics and in some cases even schizophrenia1. Some of these issues may resolve themselves over the course of a child's growth or be treated easily enough by school counselors or simply a change in diet and exercise. However, others, if left untreated, will follow the infant through adolescence, even into adulthood, and become compounded so one must be cautious in dismissing these issues. 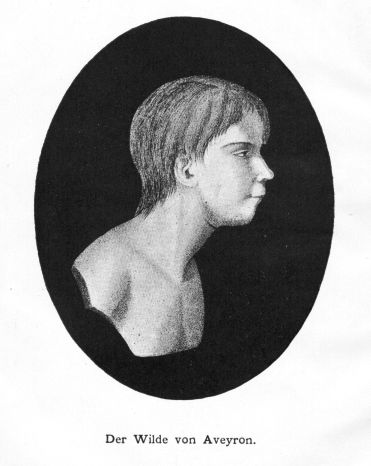 Victor of Aveyron, a famous feral child found and studied in the 1800s in France.

On the other hand, there has been much media attention of late into the concern that psychiatrists and psychologists alike are diagnosing children with disorders too quickly, perhaps causing over-medication. This is especially a concern in the diagnosis and subsequent treatment of ADHD in youth, causing even the New York Times to publish an article on the rise, quoting a 41% rise in the last decade resulting in "one in five high school age boys in the United States" diagnosed and end up relying on the prescribed drugs as "mental steroids"4. It is a fine line for a parent to walk between recognizing valid symptoms of a burgeoning problem to save their child years of psychological stress, and indulging in over-anxious helicopter parenting.

Please help me respond to the following case study: Calvin is a gifted and creative child. His giftedness and creativity are evident in many of his behaviors. For example, he is extraordinarily skilled in his use of language. His vocabulary and use of humor are quite remarkable. Additionally, he has a marvelous imagination that

Can you please help me with the following: Distinguish between the terms "blind" and "partially sighted" (that of low vision). How does vision loss affect educational achievement and social development? Include and defend a position in favor of or opposed to the inclusion of students with vision loss into general education sch

Deaf or Hard of Hearing?

Please help me with giving a brief explanation as to what classifies a child as being serious emotionally disturbed as explained by IDEA. Describe in more detail the essential elements of promising practices (systems of care) for students with behavior problems. Include how parent education and family therapy are critical compo

No Tolerance for Bullying

1) Watching "Bullies" from digitalfilms.com/portalViewVideo.asp?xtp=29938 what do you find surprising on this video? and why? 2) How do you understand 'The Cycle of Violence' relating to prevention and intervention for peer victimization? 3) Compare the two intervention programs (Educate Program and Incarcerate Program), what

Maria is 14 years old, Hispanic, and Catholic. She recently found out after taking a home pregnancy test that she was nine weeks pregnant. She has told her best friend, Angela, and they both agree that Maria cannot tell her parents and that the best course of action is to secretly have an abortion. Angela also has recommended th

1. Describe a different behavior from one that you detailed in the first discussion that you believe would be a good candidate for use with the Functional Communication Training (FCT) method or behavior change. 2. Discuss the specifics of how you would use this antecedent intervention to change your client's behavior, and wh

1. Select and describe one of the five reasons that children may fail to plan 2. Construct a classroom-based scenario that illustrates the chosen reason. 3. What is the implication of the reason when considering the differing needs of students while planning for classroom instruction? 4. What is one strategy that teacher

1. Define moderate discrepancy hypothesis? 2. Identify and describe the types of educational materials the moderate-discrepancy hypothesis predicts are most likely to hold children's attention? 3. Discuss whether or not this prediction is consistent with the type of instruction that research in the sociocultural tradition

The three kinds of problems that are more common during adolescence than childhood or adulthood is "conflict or rule breaking" with parents, "mood swings" and "depression". Why do you suppose these are more common among adolescent teenagers? Are peers especially important to an adolescent? If so why are peers that important t

Professor is very detailed and strict when it comes to APA formatting, citations and references. Thanks Autistic disorder and Asperger's disorder are among the most pervasive mental disorders of childhood. Although children and adolescents diagnosed with either Autism or Asperger's possess impairments in the use of nonverbal

Ray's Case Study Ray is an 11-year-old Hispanic male who recently ran into trouble. A neighbor saw Ray ignite gasoline in a brick barbecue in the neighbor's backyard. The neighbor notified Ray's parents about the incident. The parents, uncertain about what to do, called the local fire department and asked that someone speak w

Bi-Racial Children and Being Able to Conform

What have you noticed with bi-racial children and how they are able to conform? This is one area that is interesting to study because they can relate to two races, but with having this, it also makes them stand alone, not knowing which way to conform. I believe where a child lives impacts this greatly of course, the more diversi

What are three of the most important considerations related to sampling that would need to be addressed when working on a topic such as aggression with children. Explain how one might ensure that their sample represents this population of interest. Please use at least one journal reference. What about sample sizes, missing d

Not to minimize or dismiss the emotional aspects of tragedy for adults, but I would like to ask if you think that children are more prone to process such events in terms of accessing their visceral/bodily and contextual reactions due to language and expressive limitations? Some things that can have an impact on how children pro

Children and their Environment

What aspects of cognition and subsequent cognitive processes do you think underlie the development of resilience in children and what environmental factors do you think facilitate its development?

Current issues with at risk youth

Hi, I need some assistance discussing the following topic. I am having some trouble generating ideas. Any assistance would be greatly appreciated. - List the current issues that plague this population (the population that I am working with is At-Risk Youth) and the counseling implications, of this population.

Issues with Obesity in Children and Adults

Obesity in children and adolescents is continuing to rise. Schools, parents, and communities need to understand about healthy child and adolescent development. What are the effects of nutrition, physical activity, and obesity on the youth in America? How can it affect emotions? What are three important facts health profe

I need assistance finding 10 scholarly journal articles on grief/loss and in children, and then completing an annotated bibliography. I am having difficulty finding this many articles on the subject. Also, I do know how to complete a bibliography. Any help would be appreciated.

I need help with developing a hypothetical research paper on children and antidepressants. I am not really sure how to develop the abstract, introduction, methods section, body and so on. I also need help with the correct APA format of this paper for all sections.

Media Influence on Children and Adolescents

Give an evaluation of the impact media (e.g., television, Internet) has on children and adolescents' physical, cognitive, and social-emotional development. Use specific examples and provide evidence for your assertions.