The ‘dramatic-erratic-emotional’ cluster (also known as Cluster B) covers a range of personality disorders:

Usually starting from early childhood or adolescence, a person with antisocial disorder has difficulty understanding socioemotional concepts such as empathy, remorse or concern for others’. Coupled with a typical inability to deal with their own frustrations and anger, it can lead to hostility or even aggression, as well as difficulty in sustaining relationships. There are many ideas on treatment for this disorder, most recommending some form or psychotherapy, self-help or hospitalization in serious instances. 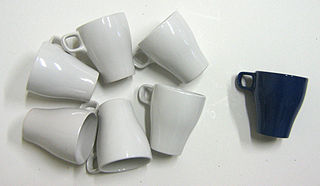 Characterised as a disorder of mood and interpersonal abilities, borderline personality disorder symptoms include: intense mood swings of anger, sadness and feelings of inadequacy; an inability to form stable relationships; disconnect from reality and tendencies that put themselves at risk. The latter may manifest as anything from unprotected sex to alcoholism to an eating disorder to physical self harm, and may even include suicide in extreme cases. Methods of treatment are many and varied.

This disorder carries with it a fear of being ignored or forgotten - sufferers often dress or act in a provocative or attention-grabbing manner and feel distressed when out of the spotlight. They may affect an impressive range and depth of emotion over many issues but often lack sincerity in these displays and can be very egocentric, rash and shallow. Their tendencies for exaggeration and demand for intimacy can make the recommended psychotherapy challenging, but there are also medical treatments available.

A personal with narcissistic personality disorder experiences delusions of grandeur or inflated self-importance that can cause them to belittle or even exploit others in order to gain the status they believe they deserve. It includes a crippling need for admiration, often provoked by an intense fear in inadequacy, making healthy relationships hard. There is also a lack of empathy or patience for others’ weaknesses and extreme bitterness toward people they acknowledge as superior to them. Treatment usually consists of some psychotherapy such as CBT and drugs.

Scenario You are a counselor for a major metropolitan police force. Your job is to interview persons who are referred to you by superiors, who voluntarily come to you for counseling, or who, because of a specific incident, are mandated by departmental regulations to seek your counsel. On the last four callouts over the past 6

Does dissociative identity disorder exist? How might you assess its presence? Provide the rationale for your response based on scientific evidence from the professional literature. 200 words of notes are a reference are briefly integrated.

Analyze "normal" and "abnormal" sexual behavior, and examine how they can be defined.

I would love to have some help on this in getting started: Respecting Clients Reaction: Imagine you have been diagnosed with borderline personality disorder. You have recently felt that the rapport you have established with your therapist has deteriorated. From the perspective of the client, write a letter detailing some

Please help answer the following questions. What are the components of antisocial personality disorder? Who defined or discovered the disorder? What treatments are available, and could these treatments possibly inhibit or prevent the link with criminal behavior?

Examine the Antisocial Personality Disorder (APD) and indicate 3 diagnostic aspects of this person's behavior. How is it that someone may not realize they are in a relationship with someone who is APD until the relationship is established?

identify some Behavior of Narcissistic personality disorder and relating it to attachment?

Hello. I am trying to do my homework assignment, but I cannot answer this question. Here is the question.. What are the key symptoms of BPD?

Some experts have questioned whether people who display such antisocial patterns are in fact exhibiting a psychological disorder. Their behaviors may be extremely undesirable, even criminal in certain cases. But are they disordered? Do you think that the behavior of such people reflects a form of psychological disorder? Or do

Is antisocial personality disorder the same as criminality? Why or why not?

You have been asked to assist with a research study of offenders with Antisocial Personality Disorder. You examine the case file for Daniel S., a 31-year-old man who is in prison for embezzlement and fraud charges. Daniel grew up in a middle-class family, in which his mother was described as distant and inattentive and his fathe

What are neuromigration "causes" for antisocial personality disorder? Research is cited.