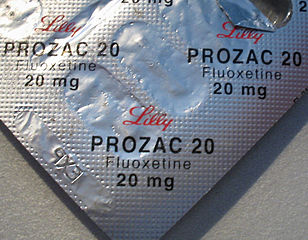 Whereas psychological or social approaches might look to correct the root of an abnormality, biological treatments usually focus more on righting the physiological mechanism in the body which is causing a negative symptom of the illness. For this reason, many such treatments are criticized as lacking an answer to the core problem and as such are often prescribed in addition to cognitive behavioral or cognitive therapy as a part of a more holistic treatment.

The most prevalent biological treatments for abnormality can be divided into three categories, in order of increasing severity:

Using drugs to treat a patient relies on the assumption that the symptoms are caused by chemical imbalances that can be righted. The drug treatments available include anti-anxiety pills that treat phobias, general anxiety and stress by tackling imbalances in the central nervous system[1] (e.g. Valium[2]); anti-depressants like Prozac which elevate mood via blocking the enzymes that break down serotonin, a neurotransmitter associated with happy or balanced moods; and finally anti-psychotics which are made to battle schizophrenia by blocking dopamine receptors. Schizophrenia was untreatable prior to these drugs[1] so while pills may not be the whole solution, they can at times provide an important piece of the puzzle.

In cases where drugs fail, or provoke serious side-effects, patients may opt for electroconvulsive therapy (ECT) instead. The idea here is to induce an epileptic seizure lasting no more than a minute (while the patient is sedated to prevent injury and discomfort) which sets off a surge in neurotransmitters that elevate mood for reasons as of yet not fully understood[1]. This treatment is usually applied no more than 3 times a week for up to a month at a time[2] and though the benefits are not long-lasting, it is particularly useful in critical situations where the patient is in danger of serious self-harm[3]. 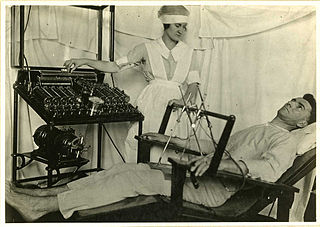 ECT has come a long way since the use of apparatus like this Bergonic chair. Image credit: Reeve041476

Despite mainstream use in the 1940s and 50s, lobotomies have fallen far out of favor as humane treatment and so the psychosurgical process is significantly more refined. In modern science, this intrusive brain surgery is used most often either to remove a brain tumor producing psychological problems or to insert a small electrode that burns away damaged tissue. These techniques have been successful in treating OCD and severe anxiety[3] but remain controversial due to their potential to cause irreversible personality shifts or brain damage; they are always a last resort.

Research in the field - particularly into repetitive transcranial magnetic stimulation as a means of treating depression and into how much of the effects of biological treatment can be attributed to the placebo effect - is ongoing.

Gathering of Information from Treatment Plan What information would you gather during the assessment and diagnosis process to assist you in formulating a treatment plan for this client? How would you incorporate current research and diagnostic resources used in the counseling profession to develop a treatment plan that effectiv

Briefly explain what is hyperbaric oxygen therapy with at lest two references.

Please provide at least 300 words on the treatment options (including both medication and therapy).

How safe and effective are current medications for mood disorders? Under what conditions would you consider their use?