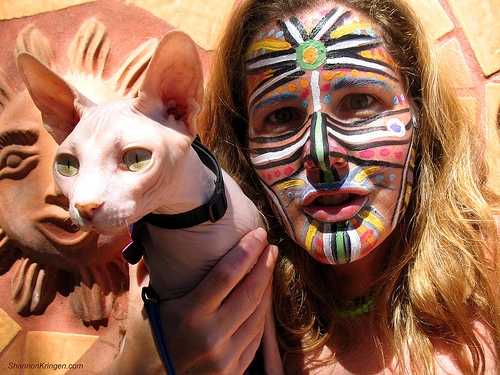 In the odd-ecentric personality disorders, individuals may feel suspicious towards other people, have no urge to form relationships with others, think they have special powers, and have intense mood swings. On the other hand, people with dramatic-erratic personality disorders may always want to be the center of attention, be perceived as selfish, and act impulsively and recklessly. Lastly, people with anxious-fearful personality disorders may think everyone is better than them, feel like they are isolated and lonely, need others around them and to help them make decisions, or be a perfectionist constantly seeking control and order.

Being diagnosed with a personality disorder can often lead to stigmitization and negative perceptions from society, therefore diagnosis should only be made when there are no other factors that may influence the person's personality, such as a traumatic incident. Other conceptualizations of personality also exist, such as the Five-Factor Model and dimensional models, which seek to explain personality by grouping personality traits in a more broad and positive light.

Treatments for personality disorders can include cognitive-behavior therapy, dialectical-behavior therapy, and group therapy. Much of the psychotherapy treatments focus on teaching the individual skills to challenge their deep-rooted beliefs, feelings, and thought patterns, and ways in which they can positively build healthy relationships with others.

This solution offers some insights and findings to briefly validate the origins of Borderline Personality Disorder. It uses two theoretical approaches to the disorder as a lens.

1. To the best of your knowledge what does research indicate might be the cause and the recommended psychotherapy treatment for an individual who is suffering from obsessive-compulsive disorder (OCD)? Use scholarly sources to support your assumptions or answer. Cite your sources using APA format.

When I think of how much time we spend watching TV and how we could put that time into some great activity like learning to play a musical instrument or learning a new language or charity work! There are so many activities we could benefit from. Why do we find reality shows interesting? We act in a certain way because we are

This week's reading has encouraged me to think about the beginnings of Personality theory as presented by Freud. I question what evolution occurred to produce more contemporary views. Our reading tells us that Freud's ideas are alive and highly functional even today. Freud's approach did have limits and failures. I propose that

Examine the four spectrums and explain your answer thoroughly. Substantiate your agreement or disagreement with real-life behavioral examples. Analyze what you consider the strengths and the weaknesses or challenges of this type. List three strengths and three weaknesses and provide a rationale for each. Evaluate why t

-What are some of the themes that come up when working with gay, lesbian, and bisexual people? -If you were going to interview a gay, lesbian, or bisexual client using some of the sexual history interview questions (see attached), what would you need to learn more about in order to know what follow-up questions to ask? Sup

Can someone help me with the attached case study? I have to consider important client characteristics for developing an Axis I and II diagnosis as well as think about the rationale for assigning a particular diagnosis on the basis of the DSM-IV-TR. Also, I need an explanation of what other information is needed about the clie

-What are Annie's Axis I and Axis II diagnoses? (linking the clientâ??s symptoms to specific DSM-IV-TR criteria). -How might age, gender, ethnicity, and relationship dynamics contribute to the symptoms and issues this client is presenting? -What factors would you need to consider when developing a treatment plan for t

Discuss psychopathy as a mental illness.

Briefly examine psychopathy as a mental illness from the perspective of psychology.

Based on the three clusters of Personality Disorders: Cluster A, Cluster B, or Cluster C; which one is the most difficult to treat and why?

How do personality disorders differ from personality traits? Are the criteria for each PD, not traits, themselves? Response should be research based, that is, articles from refereed scholarly journals from 2007 to present (not websites).

Simon is a 47 year old man, born in Japan and immigrated to the United States with his family when he was 5 years of age. Simon has never been married and has no children of his own. He is currently dating a woman he would like to marry, but she told him he needed to 'get some help for my sarcastic attitude' before she would

Ariana is a 21 year old woman of African American heritage. She tells you, "my parents made me come. The only reason I'm here is because they threatened to cut off my college tuition fund. They're the ones that should be here anyway as they are paying for this. You won't get a cent out of me. I think this is all a waste of my ti

Was OJ a psychopath or did he enter into a psychotic state?

Please help me with this case study on OJ Simpson. Explain the biological, emotional, cognitive, and behavioral components of the disorder analyzed. Also, I need to include general information regarding the diagnosis itself and why did this person fit the criteria for this particular disorder.

Anti-Social Personality Disorder and its Impacts

Identify a personality disorder and tell how this disorder would impact an individual's social and occupational roles.

Explain what Stogdill's work was and how it was different from his predecessors. What is the significance of Ralf Stogdill's trait theory work?