The photoelectric effect is observed when electrons are given off from solids, liquids or gases and absorb energy from light. Electrons emitted from these substances are referred to as photoelectrons.

The study of the photoelectric effect has led to discoveries in the quantum behavior of light and electrons. It has influenced the concepts in wave-particle duality. It also aidegd Max Planck’s discovery of the Planck Relation which linked energy and frequency as arising from quantization of energy.

The maximum kinetic energy of an ejected electron is given by

Where h is Planck constant and f is the frequency of the incident photon. The term ϕ = hf0 is the work function which gives the minimum energy required to remove a delocalised electron from the surface of the metal.

If m is the mass and vmax is the maximum velocity of photoelectron emitted, then

This relation shows the maximum velocity of the emitted photoelectron is independent of the intensity of the incident light, therefore: 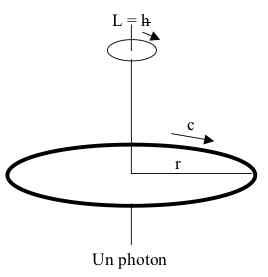 A photon is a fundamental particle of light.

The wavefunction describes a quantum state of a particle and how it behaves.

Planck's hypothesis is a proposed formula to describe the intensity curve.

Wave-Particle duality is the postulate the states that particles displays both properties of particles and waves.

Scattering is a physical property where particles are forces to deviate from a straight trajectory. 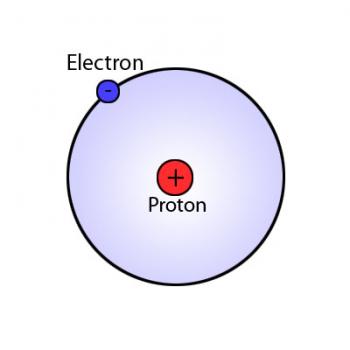 The Bohr theory is an early model of the atomic structure.

A student performs a photoelectric experiment in which light of various frequencies is incident on a photosensitive metal plate.

A student performs a photoelectric experiment in which light of various frequencies is incident on a photosensitive metal plate. This plate, a second metal plate, and a power supply are connected in a circuit, which also contains two meters, M1 and M2, as shown above (see attachment, #1). The student shines light of a specific

Discuss how Einsteins suggestion that light may be treated as 'particles ' or quanta of energy can explain the observations of the photoelectric effect.

The minimum energy needed to eject an electron from a sodium atom is 4.41 x 10 to the power of -19J. What is the maximum wavelength of light, in nanometers, that will show a photoelectric effect with sodium?

Photoelectric Effect: Find the Constant C in Units of eV-nm

See attached files for full problem description in proper format. Find the constant C in units of eV-nm. 3. a) ln the photoelectric effect, light of a given wavelength is incident on a metal surface in a vacuum and, if the wavelength is short enough.c a uses electrons to be emitted. If W is the work function of the metal

The work function W of a metal

Please explain and solve The work function W of a metal specifies the minimum energy required to remove an electron from that metal, and is expressed as an energy per mole of electrons. For Calcium Ca, W=262 kJ mol^-1. (a) A sample of Ca is irradiated with green light. Are electrons ejected? Justify. (b) A sample of C

Einstein explained the photo electric effect by treating light as being made up of indivisible particles, or photons. State the general circumstances in which scientists can successfully use Einstein's particle model of light.

In a photoelectric experiment on the metal copper, the following values of the stopping potential V0 were obtained at different wavelengths (lambda) of the incident ultraviolet light (see attached file for experiment values). a. Use a graphical method to determine a value for the work function of copper. b. Find the maximum ve

See the attached file. 2. In the photoelectric effect experiment, light photons strike a photoelectric material in a phototube and electrons are emitted with a certain kinetic energy. If the stopping energy of the electrons is graphed as a function of the frequency of light, then the slope of the line will be Planck's constant

Photoelectric Effect and Frequency of Light

For each of the following sources of energy, name one associated environmental problem: Solar, wind, biomass and geothermal.

Determining Work Function of a Metal

Photons of wavelength 450 nm are incident on a metal. The most energetic electrons ejected from the metal are bent into a circular arc of radius 20.0 cm by a magnetic field with a magnitude of 2 x 10-5 T. What is the work function of the metal?