In the famous case study of Phineas P. Gage, the importance of brain functioning in personality and behaviour was realized when Phineas had extensive damage to his brain in an accident, ultimately changing his behaviour drastically and impairing his functioning. In biological approaches to mental illness, emphasis is placed on mental disorders being attributed to disease, and the influence of structural damage to the brain and structural brain abnormalities is one of three approaches to this idea, the other two being biochemical imbalances and genetic abnormalities. 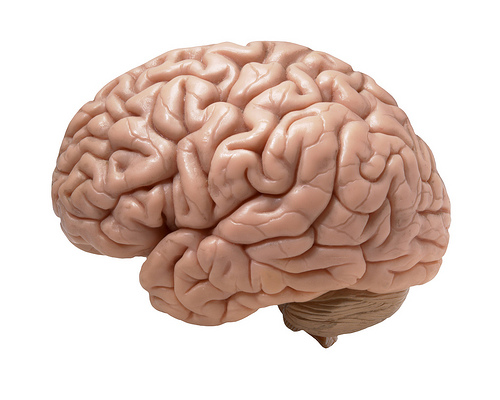 Hippocrates, a Greek physician, greatly influenced biological approaches to abnormal psychology due to his work regarding the idea that abnormal behaviour can be treated the same way other medical conditions are treated. Research in this area examines how different areas of the brain, such as the cerebral cortex and limbic system, influence our thinking, behaviour, and reactions to stress. Abnormalities in these areas can influence the development of mental illnesses such as depression. Regulation of emotions, which can be seen in cases of depression as well, can be impacted by neurochemical imbalances in the brain, further demonstrating the biological basis to mental illness. Lastly, genetics comes into play when certain genetic abnormalities exist in an individual, working together to cause a disorder.

Biological approaches continue to gain research into understanding human behaviour, and through this advancement and knowledge, new treatments for mental illnesses have been created, largely in the form of medicine to balance levels of neurotransmitters and hormones in the body. However, the biological approach can also be seen negatively because by only explaining abnormal behaviour as a physical cause, it ignores the affect of the environment and social influences. Furthermore, it is hard to explain why certain people with the same biological differences may not develop a disorder when another person does.

Due to the difficulty of studying biological factors in live humans, much research is done on animals, which may not be as generalizable to humans. Even so, biological approaches to mental illness remain popular and allow individuals to accept the idea that they have a disease and that their mental illness is not their fault.

Damage to areas of the brain can impair functioning, which is often linked to changes in psychological behaviour.

Neurotransmitter theories discuss the idea that mental disorders can be the result of neurotransmitter imbalances in the brain, resulting in too little or too much activation of the effected neurons.

Genes, which contain DNA, influence development both physically and psychologically, and therefore contain the possibility of passing on abnormal characteristics.

Many psychological tests, such as the Wechsler Adult Scales of Intelligence—Fourth Revision, provide a composite score that is intended to represent a summary of multiple cognitive abilities. For the Wechsler Scales, this score is the "Full Scale Intellectual Quotient." Although this score is not technically a statistical mean

I need some assistance to help guide me through this task. I want to do project on a well documented historical case study of an individual who experienced a neurological disorder, disease, or accident that resulted in an interruption in his or her vision, hearing, or motor control. I need to create a presentation including the

If the concept is closely associated with the writings of a particular theorist (such as Freud, Kinsey, Masters and Johnson, and so on), then provide that information. Explain how the scenario fits the concept. Identify and describe the general perspective or approach to human sexuality that the concept falls under (such as gen

Psycho-physiological disorders are categorized in the DSM-IV-TR under mental disturbances that arise from psychological dysfunction, existing disorders or other difficulties manifested through physical symptoms. These physical symptoms, however, cannot be traced back to any serious physical disease or origin, nor are they under

Examine the Psychological Disorders of a Biological perspective/approach, develop its explanation and describe the type of treatment that might apply, and briefly describe this perspective.

Please help me with these two questions: 1. What is the biological approach to psychiatry? 2. What is the form of neurobiological models? Thank you. Provide References, please.