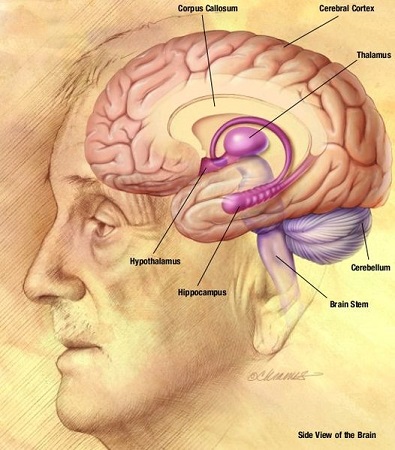 The human brain is anatomically composed of three general parts: the brainstem, cerebellum and cerebrum.

The brainstem is comprised of the midbrain, pons and medulla, connecting the cerebellum and the cerebrum to the spinal cord. The brainstem is particularly important because it manages automatic functions such as breathing, body temperature, heart rate, wake and sleep cycles, digestion, sneezing, coughing, vomiting and swallowing.¹

The cerebellum is located underneath the cerebrum, coordinating muscle movements and maintaining posture and balance.¹

The cerebrum is the largest portion of the brain, composed of left and right hemispheres which are divided into four lobes: frontal, parietal, temporal and occipital. The cerebrum is able to perform higher functions like interpreting touch, vision and hearing.¹

The cerebrum is covered in a folded material called the cortex. The cortex contains about 70% of the 100 billion nerve cells.¹ The cortex gets its colloquial name ‘gray matter’ from the grey-brown colour the nerve cell bodies make. Underneath the cortex, axons (connecting fibers between neurons) make up the white matter.¹

The seven major components of the brain in the hemisphere are separated into the midline, subcortical, and cerebral cortex.

The midline components include the brainstem, the cerebellum and the hypothalamus which control the hormonal system, drives like hunger and thirst, and body temperature.¹

The subcortical components include the thalamus, which delivers information from sensory organs and motor signals from subcortical structures to relay them separately to their respective cortices. There is also the basal ganglia which is a group of structures that exchange information with different parts of the cerebral cortex, playing a role in voluntary movement and learning and remembering how to perform a task.² The limbic system is an interlinked structure that is necessary for emotional memory.² 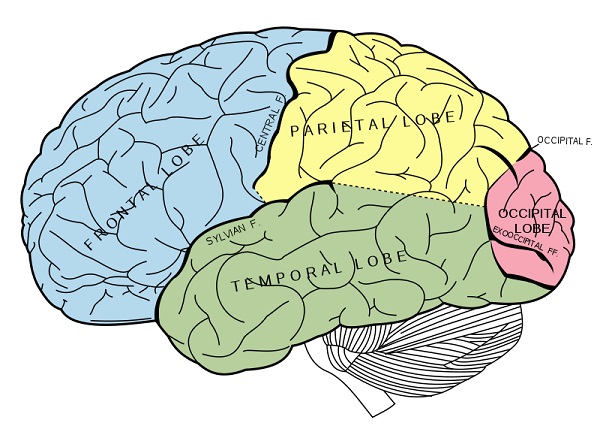 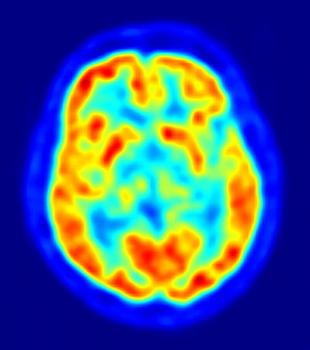 Measuring neural activity is integral to the identification and diagnosis of any brain obstructions. 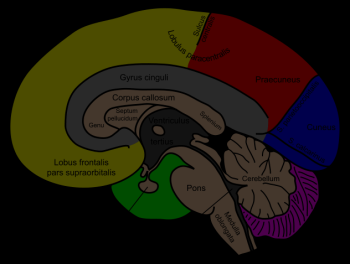 Motor pathways originate in the brain and descend down the spinal cord through efferent neurons.

Motivation and the Brain: The Desire to Exercise

Exercising takes a lot of motivation, especially when you dont have the desire to do so. You have to make up your mind that to exercise is to live. What are the structures and functions that are associated with the brain in order to motivate the desire to exercise, and are there extrinsic or intrinsic factors that influence this

Questions relating to the brain

1. Discuss inborn genetic differences between females as it relates to brain development and the behavioral differences that may occur because of these differences. 2. Give an overview of the origin and control of emotion. 3. What structure(s) control thirst and hunger, and how is this done? 4. Design a weight loss p

To further understand the different lobes of the cerebral cortex as well as the various neuroimaging techniques such as the fMRI that are available for mapping and exploring brain function, consider the following two case studies: 1. Over the last few weeks, Mr. Roberts has been bothered by nausea, frequent fainting spells,

What division of the brain would you say psychologists are most concerned with in their work, and why?

Choose one of the following topics for your post. Provide a comprehensive discussion of the selected topic. Topics: â?¢ Planning curriculum with the brain in mind. â?¢ Hallmarks of brain-based learning. â?¢ Brain-based Assessment styles that work and those that do not work with students today.

Choose two of the senses (sight, touch, taste, smell) and give an example of how each of these two senses may contribute to brain-based learning. Be specific in your post and include an example for each of the senses you selected that is tied to a specific subject e.g. math, language arts, geography, etc. How would you as a cla

Http://www.pbs.org/wnet/brain/history/ Please go to the link below and read and review the "History of Brain Science." Post a summary focusing on something you have learned or found interesting about the material.

What are the primary neurotransmitters? What role do they play in brain function and behavior?

Regarding the motor system, how is the information transferred from the sensory system to the brain?

Regarding the motor system, how is the information transferred from the sensory system to the brain? And then from the brain to the motor system? What are the neurological mechanisms involved that allow this communication between the brain and the peripheral nervous system?

The stomach and head experiment Do you feel that these tasks/experiments can be mastered? Do you believe we can teach ourselves to perform these tasks after getting our brain to separate the two movements?

The corpus callosum is a bundle of white matter that in the normal brain serves as the major communication between the cerebral hemispheres and is involved in interhemispheric cortical processing. Looking at the anatomy of the brain, in those cases where the corpus callosum is severed, what are some of the behavioral conseque

How exactly do brain imaging techniques help to understand the link between brain and behavior? What is their goal or purpose? What type of information do these techniques offer and how does it benefit our understanding of the brain?

The Brain-behavior Link in Twins

Environmentalists /nurture challenge the hereditarian arguments on several levels. First, they point out that there is no evidence of the existence of an "intelligence" gene or set of genes.

Is it important to study the relationship between the brain and behavior? Why or why not?

It appears that neuropsychology will continue to advance the larger field of psychology by providing physiological explanations for behaviors and disorders that now have only hypothetical ones.

How is the brain is comprised of two hemispheres: the left hemisphere and the right hemisphere.

Please provide help with the following questions. I need some information and insight. Thank you. QUESTIONS: 1. How is the brain is comprised of two hemispheres: the left hemisphere and the right hemisphere? 2. What is a list and differentiate the information processing styles used by both the left and right brain.

How does deteriorating brain structure impact behavior? Provide an example in your response.

1. Discuss the importance of lifelong learning and brain stimulation to longevity and quality of life.

How does each specific region of the region of the brain respond to a particular sensory event in the environment? How are the lobes of the brain involved in detecting and interpreting this information so that the appropriate behavior may be enacted?

Brain parts and behaviors are noted.

Brain parts and functions are emphasized in a user friendly fashion. This posting also highlights the four major regions of the brain. A scenario is also included for analysis.

This Brain Probe is considered: Imagine that we have a perfect, error-free measure of intelligence that uses something like headphones to measure a person's actual mental ability. Suppose that this brain probe test is scored along the same scale as standard IQ tests: 100 is average. Now, imagine two 30-year-old city dwell

If you could describe for me different structures and areas within the brain. Also discuss in detail the thalamus, hypothalamus, endocrine and limbic systems. Please be sure to discuss the location in the brain, their functions, disorders/pathology related to damage to these structures, and other important information in regards

One short page: Decide which of the following psychologists you will visit -- select only ONE individual to research; your choices are: Your paper may include the following basic information about one of these individuals and the school that they founded ? Wilhelm Wundt, founder of Structuralism ? John Watson, founder of B