Cartography is the field of geography related to making maps. Cartography combines geographical methods with aesthetic techniques. Traditional cartography is generally concerned with five main issues. Firstly, one must choose the relevant traits to be mapped; traits are things such as roads, land masses or bodies of water. Second, one must project this three-dimensional space onto a flat two dimensional media. Third, one must eliminate any irrelevant characteristics based on the map's purpose. Fourth, one must simplify the mapped characteristics to a reasonable degree. Fifth, one must organize all the parts of the map to deliver the intended message or purpose of the map. But, with the onset of technology, modern cartography now works in cohort with geographic information sciences technologies such as GPS's. 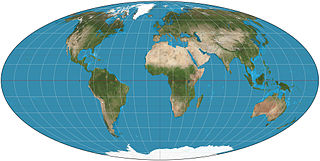 Maps can be separated into general or thematic maps. Other examples of types of maps include topographic and topological maps. General maps are meant for the average person and therefore host a variety of common features. An example of a general map would simply be a road map. On the other hand, a thematic map is meant for a specific audience and will have only a specific set of features displayed pertaining directly to the intended audience. A topographic map is concerned with elevational changes and often shows these through contour lines. A topological map is concerned with showing a specific route and often disregards the scale because it is only concerned with conveying specific information. An example of such would be a subway map.

Map Use in Physical Geology

What are the key major applications of maps to physical geology?

Example of How to Crop a Map in ArcGIS 9

I have created a map and now they want just the center of it-how do I crop in ArcGIS9.1?

Views in Argis 9 are described.

How do I change the layout view of a map to portrait or landscape for printing? How do I crop out a section?

How do I move a street on a map to where it was actually built? Steps are provided.

How are features such as hydrology, roads, and railroads on a topo map different from TIGER and what does that say about the origins of TIGER?

This job describes the shape and the area-not sure how to write an answer for that. What does Unprojected mean? I discuss what you see happening to the shapes and areas of map features with each of the projections.

Go to http://www.weather.unisys.com/upper_air/ua_500.html to bring up the current 500mb chart for the U.S. 1. What is the wind speed and direction at Denver on the 500 mb chart? 2. Be sure to indicate the direction (North, Northwest, etc.) that the wind is coming from.