Python is one of the newer widely-used computer programming languages, having been created in the 1980s by Guido Van Rossum with the idea of being a very readable, flexible, light-hearted high-level language. Its main tenants in design were as follows1:

Python takes its name from Monty Python's Flying Circus, a British comedy TV show of which Rossum was a fan2. This is reflective of the general atmosphere of enjoyable programming Python seeks to cultivate - for example, 'spam' and 'eggs' are often used in Python sample code instead of the traditional 'foo' and 'bar', and guides to the languages are encouraged to take on a conversational tone. 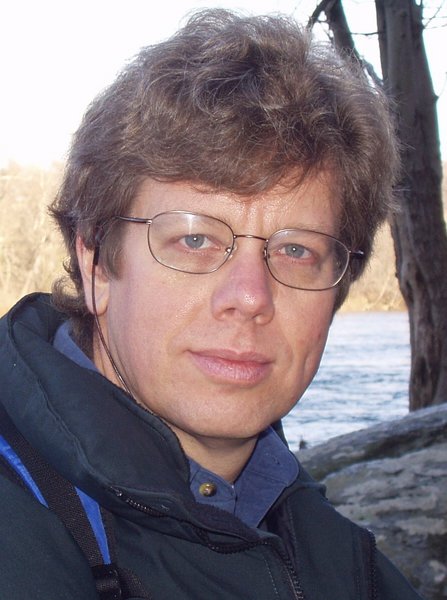 As far as functionality, Python was designed to be minimalist, yet flexible in that it allows for a large variety of extensions instead of attempting tot incorporate all that functionality into its core. That minimalist philosophy also meant code readability was a point of emphasis, and as a result, Python has quite forgiving syntax. Often, programs written in Python take less lines than their equivalents in C and can be more transparent thanks to the fact that Python relies on mandatory indentation over many semi-colons ( ; ) and curly brackets ( { } ). This clarity and other constructs of the language make it usable on both a small and large scale. In order to achieve flexibility, Python supports many programming paradigms, including including object-oriented, imperative and functional programming styles. It has a very adequate standard library, can be used as a scripting language or in other contexts, has interpreters available for most widely-used operating systems, and, using a third-party tool, one can easily package Python code into standalone executable programs.

For ease of use, Python features dynamic typing and reference counting as well as a cycle-detecting garbage collector to aid memory management. Its dynamic name resolution allows variables to change type over the course of a program, yet binds them during program execution. The prefix Py- is used to show that something is related to Python and python code usually bears the file extension .py.

Getting Started with Python

A beginners guide to getting started with Python with few easy steps of installation and examples.

Implement a simple mortgage calculator in Python that calculates monthly mortgage payment amount such that each monthly payment repays same amount of principle, and monthly interest. When run, the program should display five menu options to perform mortgage related calculations and sixth option to exit the program, as indicat

Python code for a robot finding it's path in a maze

Please produce a Python code for a robot navigating a maze. (Please see the attached file for additional information on the problem).

Discuss the statement "The use of standards-based Web programming is overrated".

I need assistance with comparing and contrasting two major Enterprise Resource Planning (ERP) systems from different ERP software providers. I have answered several of the questions but need clarification on the following: - Identify two major segments ERP systems - Also assist in providing an outline/description of each s

Python program for a limited over cricket match

In a limited over cricket match Team A is taking on Team B. Team A is batting first. Write a Python program that will first ask the number of overs each team will bat. The program then will continue to ask the score board people to input the runs for every ball for Team A until the team gets all out or they run out of overs.

Write a Python program that would prompt the user for the number of employees to be entered, and then prompt for employee name, followed by wage, followed by hours worked. It would then calculate the gross earnings of each employee (if they worked over forty hours it would determine gross pay including overtime at 1.5 times w

Hi, I need assistance in the following problem please. I am supposed to write 800 my own words with referencing please. We have discussed a few web service Following are the Unit testing tools. In your opinion, are they really useful? In several cases, we may want to test the web services without running a browser, HttpUni

HELP WITH THESE THREE QUESTIONS

1. Why declaration of a variable is considered to be an important (and sometimes required) part of good programming practice? 2. Name few languages that allow use of variables without even declaring them. Discuss about its pros and cons? 3. What is a keyword in a programming language? Why it is not a good practice to use

Consider the following function definitions: def y(): """ y does this function exist? ** just to illustrate a 0-input function... """ return 1 def w(x): """ w computes thrice its input plus one ** plus it offers a chance to use the word "thrice" input x: any n