Taoism, also known as Daoism (because it sounds more like the Chinese pronunciation of the word), 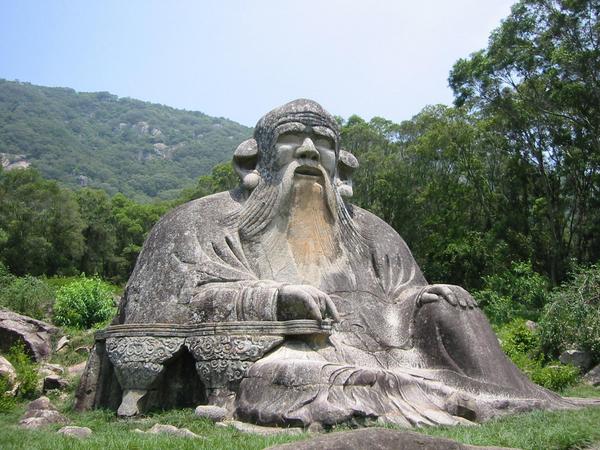 originated in China 2000 years ago and is a tradition of philosophy, ethical, and religious beliefs rooted in Chinese customs, principles and views.1

Taoism is very much focused on the Tao, which means “the Way”. It is not God, and is not worshipped, although there are many deities that are worshipped in Taoist temples. Taoism reflects the idea that all things are unified and connected, and the world is filled with opposites – that is, complementary forces: action and non-action, light and dark, hot and cold, and so on, otherwise known as Yin and Yang.1

Taoists also practice internal and external “alchemy”, such as breathing exercises, massage, martial arts, and yoga, as well as diets involving minerals, and herbs to promote long life, which are designed to make them more harmonious with the Tao, mentally and physically.1

A unique aspect of Taoism is Talismans – objects that are thought to have power to bring good luck and also to keep away evil spirits. These Talismans are strips of paper, which are written on by qualified and pure people who have undergone long training.1 The Talismans contain words of power and religious symbols, which through the help of positive spirit energy, purify, heal the sick and drive away demons.

Reference:
1. BBC. (2009) Taoism at a glance. Retrieved from http://www.bbc.co.uk/religion/religions/taoism/ataglance/glance.shtml

1. Which appeals to you more, the idea of a personal God or the idea of an impersonal one? Why? 2. Offer examples of your own personal experience with wu wei. 3. There has been a lot of interest in Native American philosophies/religions in the last few decades, often related to environmental issues or issues of social jus

1. Explain the basic Buddhist teachings including the three marks of reality, the Four Noble Truths, and the Noble Eightfold Path. 2. Describe the three major Buddhist traditions - Theravada, Mahayana, and Vajrayana - and how each tradition developed from the early teachings.

The Tao of Poo and The Te of Piglet

In the English version of "The Tao of Poo" and "The Te of Piglet," what does this quote mean: "The best man is like water. Water is good; it benefits all things and does not compete with them. It dwells in places that all disdain...the best man in his dwelling loves the earth..."

What does Ying and Yang have to do with Tao?

A discussion of Daoist teachings?

Passage Comments 1) Keep your mouth shut, Guard the senses, And life is full. Open your mouth, Always be busy, And life is beyond hope. Better stop short than fill to the brim. Oversharpen the blade, and the edge will soon blunt. Amass a store of gold and jade, and no one can protect it. Claim wealth and titles,

The Nature of the Tao

Explain the nature of the Tao in your own words.

Taoism and basic beliefs of ethics and morality

Can you give me some insight on the Taoism... How do the rituals and practices of Taoism reflect its basic beliefs? What are the key principles of ethics and morality in Taoism?

The study of Taoism, how did it effect the people in China.

What sacred elements characterize by Taoism? What are their significance and meaning? Please explain in detail. Thank you.