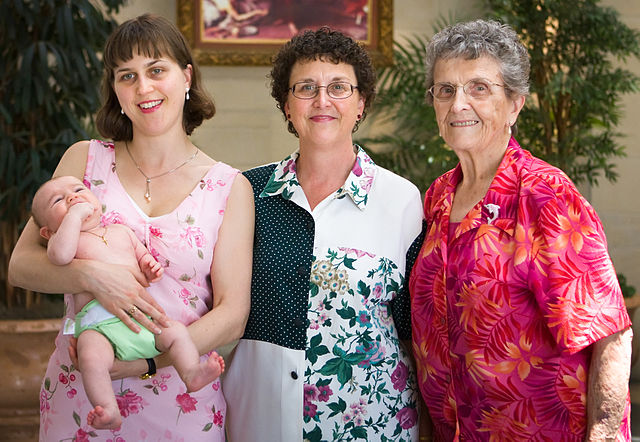 are their kin rather than non-kin. Evolutionary psychologists such as W.D. Hamilton have tried to explain this via a gene's point of view. From the point of a view of a particular 'gene', it does not care which particular being propagates the gene, but rather that someone does, giving the gene 'evolutionary success'. Those that are of kin obviously have similar gene make-ups and so, from the gene's perspective, it is advantageous to help out those that are of kin and thereby raising the chances of evolutionary success. Hamilton has mathematically proven this and furthermore, this concept gives grounding to the existence of altruism based on natural selection.

Hamilton's rule can be used to determine whether or not a particular gene will spread throughout a population:

Where, c is the reproductive cost; b is the reproductive benefit; and r is the probability of sharing said gene. This gives a mathematical representation as to why it is more likely that people will perform altruistic acts for people of kin than not of kin. People of kin have a higher probability of sharing the same genes and thus a higher number for the left hand side of the equation. This allows them to do more acts with higher costs and still be consistent with this formula.

See attachments. 1. The results of the pilot study comparing pharmacotherapy and EFCT for depressed women with concurrent relationship distress (Dessaulles, Johnson, & Denton, 2003) raised interesting questions about the possible effectiveness of couple therapy for what are typically seen as individual problems. As a counsell

In Solution-Focused Family Therapy, the so-called "miracle question" is a popular and often-recommended intervention. Lloyd and Dallos (2008) found that the miracle question was the most often cited "unhelpful event." What do you make of this feedback? Do you think it is specific to the population sampled (i.e., mothers of a chi

To what extent do you view marital or couple therapy as distinct from, or as a subset of, family therapy? What aspects or components of therapy do you feel apply to both couple and family therapy, and what aspects seem distinct between the two? Please explain your views.

When considering the literature on family systems, Consider a family that has young children (younger than 5 years of age). -Describe the fiction family system of family members. Describe how you would feel or comfort level talking about personal issues with this family member. -Discuss any experiences or needs regarding c

You are a marital and family counsellor with a strong systems perspective to therapeutic work. You have recently begun group therapy sessions with a family. Before the usual weekly session begins, one of the family members, the 15-year old son calls you aside to inform you that he has a private issue that he would like to discus