These two disorders are linked and can occur separately, or with oppositional defiant disorder in a child acting as an early warning sign or precursor to fully-fledged conduct disorder in an adolescent. Oppositional defiant disorder centers around rebelling against figures of authority and the more intelligent the child, the more manipulation there may be in achieving this rebellion. A common tactic may be feigning remorse to lessen a punishment as the children tend not to feel real guilt; they may even take delight in telling others of their disobedience. Even this more mild disorder can cause significant disruption to school, home and social life in a developing mind.

The shift to conduct disorder, if it occurs, often takes place over the early adolescent years and the young person may get involved with ‘the wrong crowd’ as a form of new rebellion, leading to substance abuse and petty crime. The distinction to be made here is that now the child’s misbehavior is infringing on the rights of others, as in shoplifting, graffiti and assault. If left unchecked, this can result in a difficult life, potentially with incarceration or civil lawsuits in the future. Again, these behaviors are far from unheard of in mentally healthy youth as well so the symptoms must be exaggerated and chronic as well as debilitating in everyday life to be considered for a clinical diagnosis. There must also be an absence of external factors, such as a death or divorce in the family, that could account for such behavior. 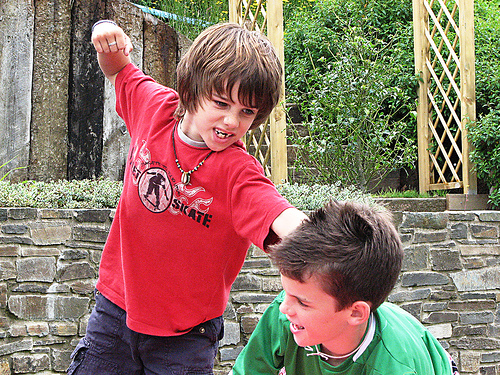 When the child begins to harm others as part of their bad behavior, the disorder has progressed to conduct disorder. [Image credit to Aislinn Ritchie]

Coping and treatment methods vary. Many have a heavy emphasis on psychotherapy, where parents are given techniques to deal with temper outbursts and promote positive, constructive behavior, but there are also a range of drugs, including anti-psychotics and calming medication, which doctors may suggest in tandem with the therapy alternatives.

Explain the relevance of assessing for conduct disorder features/traits in juvenile forensic populations, as well as the reasons for such an assessment Describe where in the juvenile adjudicative process that the findings from an evaluation for conduct disorder might be used. Illustrate the difference that the results of a