A political ideology is set of principles and doctrines that a political party chooses to align their actions with. Political ideologies generally consist of two parts: goals, and methods. Examples of ideologies are: anarchism, communism, conservatism, elitism, environmentalism, fascism, liberalism, libertarianism, nationalism, and socialism. 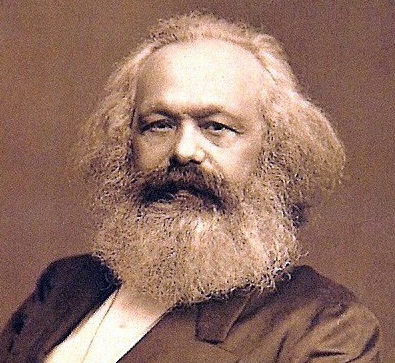 Anarchism advocates a stateless society with no ruler or authority. Anarchism contains a widely varying range of philosophies from extreme individualism to extreme collectivism. Unlike anarchism, socialism refers to an ideology that focuses more on social ownership and cooperation. Their are varying degrees of socialism with varying degrees of market planning. Communism is a form of socialism that focuses on a classless, money-less and stateless society. Communism especially emphasizes common ownership of the means of production and a centralized government. On the other hand, fascism is an extreme form of nationalism and is the antithesis to communism and socialism. Rather than collectivism, fascism focuses on totalitarianism in order to unify the state. Nationalism is a larger umbrella ideology that focuses on the attachment of individuals to their nation. Here individuals choose to identify with their nation; this is subtly different from patriotism.

Liberalism, as the name suggests, is focused on emphasizing liberty and equality. Libertarianism is sometimes seen as an even more extreme extension to liberalism. Libertarianism emphasizes that every person fully owns themselves and their own decisions. Furthermore, it believes that everyone should have access to as many options as possible taking on the form of such economic principles as the free market.

Conservatism is a wide ranging ideology, but is mainly concerned with keeping things the way they are. They generally emphasize an opposition to change and champion for continuity and stability. Elitism is a certain view whereby the 'elite' have opinions and views that are of higher importance for the construction and organization of society. The elite are generally the ones with higher intelligence or wealth. Another ideology is environmentalism which is a broader social movement that is focused on the conservation of the environment. It emphasizes the preservation and restoration of our environment and minimizing pollution and environmental impacts.

Corruption in Iraq, Afghanistan, and parts of Africa

Question: Why is Iraq seemingly failing and struggling, why is Afghanistan corrupt, why are nearly all African nations still struggling with corruption after more than 50 years of independence? (One page single space possibly with footnotes to in text citation, if you do not quote then doesn't worry; use your own view to an

Global Warming Please respond to the following discussion topic and submit it to the discussion forum. Your initial post should be 75-150 words in length. Then, make at least two thoughtful responses to your fellow students' posts. To what extent do you allow your overall political philosophy or even your political party i

Please list the differences between liberal and conservative ideology in the states. Political ideas are philosophies and concepts that seek to both understand and reorder society. In the most general sense, they are approaches to comprehend the sources and purpose of social power. Ideology is at the root of most contemporary politic... READ MORE » ... READ MORE »