Foreign policy is a set of policies that refer how the state will act and react to the international environment. These policies are made to be of 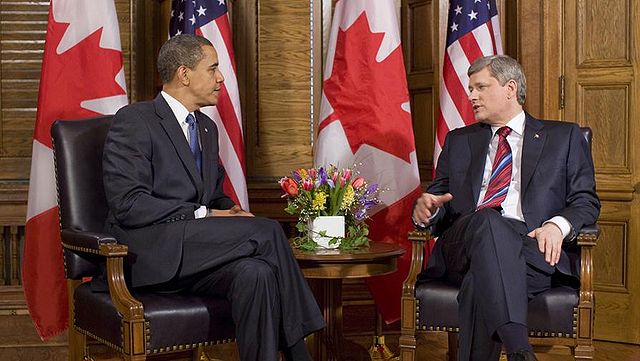 maximum benefit to the nation's own self interests. Foreign policies include considerations such as military relations, trade relations, dealing with non-state actors, global climate change, and any other global issues that involve interaction with other nations. One of the most important parts of the US foreign policy is its trade policy and in 2013 the focus of this is primarily on US-China trade relations. The Obama administration has actively tried to create strong relations with China because China is both the US's largest trading partner and the largest holder of US debt. Furthermore, the US is a part of many different free trade agreements with its various trading partners. These include the countries of Israel, Canada, Mexico, Australia, Jordan, Chile, Singapore, Bahrain, Morocco, Oman, Peru, Panama, Columbia and South Korea.

Another incredibly important part of the US foreign policy is its defense policy and how it runs its military, especially with regard to the international context. Since the occurrence of 9-11 in 2001, the US has changed the direction of its foreign policy from a reactionary state to a proactive state. An example of this is the start of the Iraq war in 2003 in order to subdue the potential weapons of mass destruction that were suspected to have been in production in Iraq. The defense budget for the United States is approximately $711 billion. Included in this budget, is also military aid. The US sends foreign aid to countries such as Iraq, Afghanistan, Israel, Egypt, etc. One of the most important parts of the US defense policy is its missile defense program. One of the most notable policies for this field is Reagan's Strategic Defense Initiative. Nowadays, the US is focused on setting up anti-missile shields in areas such as Poland and the Czech Republic as preventive measures for Russia.

Span of control is an important concept in management. It is important in management and it is critical in disaster management. Having too many responders on a site can cause serious problems. Manageable Span-of-Control within SEMS/ICS is a limitation on the number of emergency response personnel who can effectively be superv

The Advantages of a Global League of Democracies

Should the United States support the formation of League of Democracies (or global NATO?) Please provide at least 8 arguments to these questions. Thank you.

Hello Professor Johnson, Here is this weeks question. 1.What do you see as the most significant threats to U.S. homeland security? What makes them significant? 2. Discuss the degree to which the U.S. is prepared to address these threats. (Include a discussion of the specific policies and procedures put in place to prev

What is NAFTA? Why is it important to us in the U.S.? Describe the regulatory system designed to protect the environment in the U.S. beginning in the 1970s. What were the factors that drove the implementation of these new acts?

I need help in putting together information that I can use and l also need guidance for the structure for an analysis of Customs and Border Protection (CBP) related to the training and development opportunities that it makes available to employees.