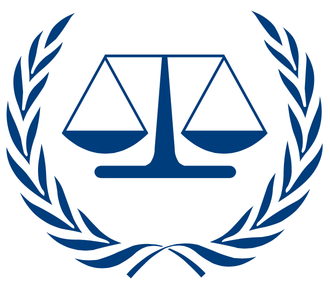 A history of international criminal law

It was mainly after World War I that a truly international crime tribunal was created to try perpetrators of crimes committed. The Treaty of Versalles stated that an international tribunal was to be set up to try Wilhelm II of Germany, although the Kaiser was granted asylum in the Netherlands. After World War II, an international tribunal to try not only war crimes, but crimes against humanity committed under the Nazi regime. Both the wars in Bosnia and Rwanda saw the creation of International Criminal Tribunal for the Former Yugoslavia and International Criminal Tribunal for Rwanda, in 1993 and 1994 respectively. The ICC was established in 1998 and the first arrest warrant was issued by the ICC in 2005.

The International Criminal Court (ICC) is governed by the Rome Statute.² It is "the first permanent, treaty-based, international criminal court established to help end impunity for the perpetrators of the most serious crimes of concern to the international community."² The ICC is independent of the United Nations system. It reached consensus on definitions of genocide, crimes against humanity, and war crimes in the 20th century. One hundred twenty sates adopted the Rome Statute on July 17, 1998, the legal basis for establishing the permanent ICC.²

The structure of the ICC consists of a presidency (currently Judge Sang-Hyun Song of the Republic of Korea), judicial divisions (which consists of 18 judges), office of the prosecutor (currently Mrs. Fatou Bensouda (of Gambia), registry (responsible for non-judicial aspects of the administration and servicing), and other offices (like the Office of Public Counsel for Victims and the Office of Public Counsel for Defence).²

After reading the assignment for this week, select two countries and in no less than 500 words, total give an overview of each country's government. Include the background, current governmental structure and any relevant information necessary to present a good understanding of each. Make sure and Cite the book we provide and no

What are some of the reasons why the United States has the highest homicide rate among industrialized nations?

The United States has the highest homicide rate among industrialized nations, and there are several possible reasons why. One explanation is that the U.S. has more deaths of a particular type than any other developed country. This library solution highlights what these particular types of deaths are that are more prevalent in th

The cases of Amanda Knox and Michael Kay offer good opportunities to compare criminal justice systems. Both were young US citizens accused of crimes in other countries. - Analyze and describe both cases and their alleged crimes. - Analyze and explain the method used in each case - adversarial or inquisitorial. - Explain t

The cases of Amanda Knox and Michael Kay offer good opportunities to compare criminal justice systems. Both were young U.S. citizens accused of crimes in other countries. These cases illustrated the differences between the U.S. criminal justice system and those of other nations. Consider such factors as pretrial release, burd