Interrupts can happen often over the course of a program execution. They are not always due to system failures and may be added in consciously by the programmer as a benchmark or other form of check. In essence, an interrupt is a signal sent to a processor from either hardware or software that tells the processors that there is an event occurring which requires its urgent attention. In response, the processor will stop executing the instructions in its current thread of activity, save that state so it may return to it after, and begin running an interrupt handler program designed to deal with such events. 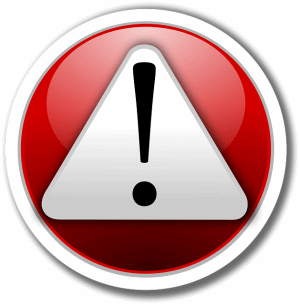 There are two main kinds of interrupts that can be signalled:

Software interrupts are originated by an exceptional condition in the processor itself (known as a trap or exception) or a certain instruction fed into it that triggers an interrupt when executed. The former is frequently used by programmers to handle errors and and special events within their program that could be triggered during its execution. These kinds of interrupts work much like function calls; they point to a new set of instructions to carry out before normal activity can be resumed. A common example use of such an interrupt is a request for service from a device driver or other low-level system software device.

Some multimedia can be difficult to view on a mobile device due to screen size or bandwidth limitations. Find two articles that discuss considerations and new developments that will enable multimedia on a site to be viewed effectively on a mobile device. What advice would you give a site designer considering what multimedia elem

1. What data security measures are utilized in your workplace? 2. What are the advantages and disadvantages of different security techniques? 3. Why is it important for an organization to follow a standard systems acquisition process?

How a computer handles loss of power to limit the loss of all work that has been done.

Part of coordinating a computer's activities is handling failure. This is called "fault tolerance". To the extent that a computer handles failures better, it is said to be more fault tolerant. Briefly talk about how a computer handles loss of power to limit the loss of all work that has been done. In your discussion, you may wan

1. Find a website with obvious usability issues (good or bad). 2. Discuss addressing why you think the site you selected is usable or not. Be sure to include the URL of the website you are referring to.

What types of risks exist outside the organization that must be considered in developing a business continuity plan?

This response will discuss mitigation strategies to enable business continuity in the event of a power outage in a small office.

This response will discuss mitigation strategies to enable business continuity in the event of a power outage in a small office. Strategies investigated include the installation of a standby generator, increased Uninterruptible Power Supply (UPS) capacity, off-site replication of business critical data, telecommunications re

In an 8-hour interval, an operator controls systems with 60 commands on the average, entered through a keyboard. a. Processor scans keyboard every 100 ms. Give check counts in an 8 hours period. b. If processor uses interrupt-driven I/O, how much does the processor save in fraction of its visits to the keyboard?

In the enclosed figure, the sequence of departed packet is: 1, 3, 2, 4, and 5. What will be the sequence if preemptive priority queuing is used instead?

How do you think DNS is important for the Internet operation? What happen if DNS of your company/network, your provider or root DNS failures? What solutions to secure DNS operation do you know?

How do you think DNS is important for the Internet operation? What happen if DNS of your company/network, your provider or root DNS failures? What solutions to secure DNS operation do you know?

Concept of a Signal

When a child process is fork()ed, a parent may wait for the successful completion of the child via the wait() service (or one of its variants) so that the return result of that application can be read from the process descriptor block. If the parent does not perform a wait() operation on the child process after it terminates

Instance scenarios use case and base use case

I am developing a real time device driver for a Data Acquisition Card. How do I do real time programming?