As a company grows, its growth prospects will likely require additional financing. For many companies, raising new capital can be done by issuing more common stock. This may be done privately, where new shares are sold to existing owners or to investors within the personal networks of these existing owners. However, for efficiency reasons, many companies choose to issue new stock on an organized exchange. A company's first issue of common stock to the public is called an Initial Public Offering. Afterwards, a corporation may issue new equity at any time in order to finance its growth. When new common shares are offered to existing shareholders first, this is called a rights offering.

Underwriting
Underwriters play an important role in the issue of new securities. Underwriters help price and sell the new securities, often by buying the securities themselves and reselling them. To manage risk, underwriters often work together in groups, called syndicates. Typically, major financial institutions such as banks all offer underwriting services.

The Costs of Issuing Equity
Spread: The difference between the price that the underwriter pays the issuing company for each new security and the price that the underwriter resells the security at is known as the spread. The spread is considered to be a direct expense incurred from issuing the new equity. Direct expenses of any new issue must be reported on a prospectus given to the Securities and Exchange Commission.

Other Direct Expenses: Legal fees, filing fees and taxes for example are other direct expenses paid by the issuing firm. Direct expenses must be reported on a company’s prospectus.

Indirect Expenses: An issuing company may incur other costs such as the cost of management’s time working on the security issue. These fees are not reported on the company’s prospectus.

Abnormal Returns: The announcement of a new issue causes the price of existing stock to drop. Since the firm raises money in any new issue, the price should not drop since we would not expect a dilution affect if the new issue is correctly priced.

Underpricing: Often during an IPOs the a new issue will be underpriced. This leaves cash on the table that could have been collected if it was appropriately priced. One explanation is the winner’s curse. That is, because smart investors are able to get their hands on hot IPOs, when the average investor wins and gets shares from a new issue, it is probably because the smart investor knew better and avoided the issue. An underwriter may underprice the stock to attract more average investors.

Overallotment (Green Shoe) Option: Underwriters may buy more shares from the issuing company at the offer price when the underwriter allots more shares to investors than issued.

Photo by Kelly Sikkema on Unsplash 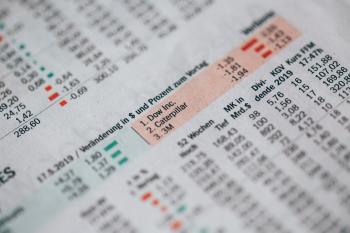 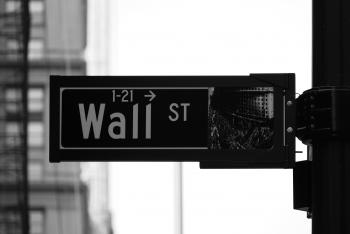 An initial public offering is the first time that a corporation sells its shares to the public in a financial market.

1. Although corporate bonds have lower total annual returns per year than common stocks, corporate bonds are not risk free. For example, Enron's filing for bankruptcy in December 2001 was one of the largest bankruptcy filings in the U.S. The creditors received less than twenty cents on the dollar for their investments. Similarly

Listing Stock in the Equity Markets of Other Nations

Is it a good idea for companies to list their stock in the equity markets of other nations?

Complications of the Mixed Processes of Short Sale

Conduct a comparative DuPont analysis of two companies. Find one large corporation included in the S&P 500. Then, find one of its largest competitors. Go to the investor relations portion of each corporation's homepage and find their most recent annual report. Calculate a complete DuPont analysis calculating the ROE, ROA, th

What is Stockholder's Equity?

Define and explain Stockholder's Equity. Are there any financial statements from companies for stockholder's equity?

1. It is important to be able to articulate the details of a given discipline through formal education and be knowledgeable enough to discuss social equity fluently in an interview or a meeting. Define the term social equity. . 2. State the purpose of affirmative action. 3. Identify the pros and cons of using merit pay within

1. Which of the following statements is CORRECT? a. The ratio of long-term debt to total capital is more likely to experience seasonal fluctuations than is either the DSO or the inventory turnover ratio. b. If two firms have the same ROA, the firm with the most debt can be expected to have the lower ROE. c. An increase in

Owner's Equity of a Proprietorship of Partnership

In comparison to the owners' equity section of a corporation's balance sheet, owners' equity of a proprietorship or partnership: a) normally does not make a distinction between invested capital and retained earnings b) normally uses "Capital" accounts for each individual owner, rather tha a "Retained Earnings" account for all

Examine the structure and activities in Wal-Mart and identify two projects or events that required an investment. One should be a 'current project' and the other long-term investment project. For each project or event, identify the preferable source of funding. You may not have access to the actual source of funding so limit

Case investment banking and the public sale of equity

Address the importance of managing pay equity (both internal and external) and the consequences for not doing so. Address the role of pay equity and employee job satisfaction and motivation from a strategic perspective.

Do international equity markets move (up or down) in the same direction in a given time period? Why or why not?

Blue Co. issued preferred stock with detachable common stock warrants at a price which exceeded both the par value and the market value of the preferred stock. At the time the warrants are exercised, Blue's total stockholders' equity is increased by the Cash received upon exercise of the warrants | carrying amount

After several profitable years, Planter Corporation's stock price had increased by 10-fold. Management prefers the stock price to be within range of the majority of potential investors, and on June 30, 2013, split its stock 2-for-1. Prior to the split, Planter's stockholders' equity section showed: Common Stock, 5,000 shares at

Brooks Corp. is a medium-sized corporation specializing in quarrying stone for building construction. The company has long dominated the market, at one time achieving a 70% market penetration. During prosperous years, the company's profits, coupled with a conservative dividend policy, resulted in funds available for outside inve

Journalizing dividend and treasury stock transactions, and preparing stockholders' equity The balance sheet of Lennox Health Foods, at December 31, 2011, reported 120,000 shares of no-par common stock authorized, with 25,000 shares issued and a Common stock balance of $190,000. Retained earnings had a balance of $115,000. Dur

8. You are analyzing the beta for Hewlett Packard and have broken down the company into four broad business groups, with market values and betas for each group. Business Group Market Value of Equity Beta Mainframes $ 2.0 billion 1.10 Personal Computers $ 2.0

What does it mean to be good in the world of Beowuf?

A company's EPS are $2.00 and has a 60% pay-out ratio. Dividends are expected to grow at 7% per year. Its stock beta is 1.2, the risk free rate is 6% and the average return on equity in the market is 12%. a. What is the firm's cost of equity? b. What is the most you should be willing to pay for a share of its stock?

Use the information for the question(s) below. Consider a project with free cash flows in one year of $90,000 in a weak economy or $117,000 in a strong economy, with each outcome being equally likely. The initial investment required for the project is $80,000, and the project's cost of capital is 15%. The risk-free interest r

Please discuss the following topics: 1. Why is too much liquidity not a good thing? 2. Why is the ROE a more appropriate proxy of wealth maximization for smaller firms rather than for larger ones? 3. Why is it not enough for an analyst to look at just the short-term and long-term debt on a firm's balance sheet? Please u

Arnold Corporation has been authorized to issue 40,000 shares of $100 par value, 8%, noncumulative preferred stock and 2,000,000 shares of no-par common stock. The corporation assigned a $5 stated value to the common stock. At December 31, 2011, the ledger contained the following balances pertaining to stockholders' equity.

Cost of Debt, Cost of Equity

One observer argues that external equity should always be the primary concern in compensation, noting that it attracts the best employees and prevents the top performers from leaving. Do you agree? What are the advantages and disadvantages of letting the team administer discipline to a team member?