The rule of law (also known as nomocracy) is not a phrase with a single definition, but an umbrella term for three main concepts:

1. All are governed by the law

In this context, rule of law stands on the opposite end of the spectrum to divine right and similar legal models where a ruler is 'above the law'. In this type of legal system, laws, once created, must be obeyed by all citizens with no exceptions for the ruling party. In a society that truly recognizes rule of law, a king would stand trial for shoplifting just as readily as a homeless boy. Many countries - and most Western ones - adhere to this principle in practice, though theoretical exceptions linger around from old for some monarchs. Of their Queen, the British government writes1

Although civil and criminal proceedings cannot be taken against the Sovereign as a person under UK law, The Queen is careful to ensure that all her activities in her personal capacity are carried out in strict accordance with the law.

It is likely that if Her Majesty killed someone and claimed this right, there would be an uprising that could end the monarchy for good. Her family is definitely not above the rule of law at all - Princess Anne actually has a criminal record2. 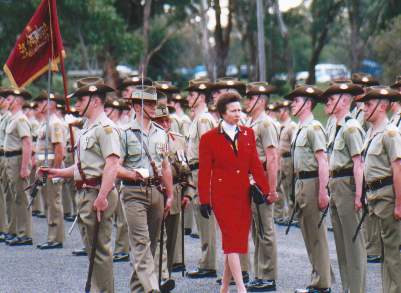 The Princess Royal's dog, Dotty, attacked two children on a walk through a park and she was fined 500 pounds

2. One can only be punished for crimes described by the law

This meaning of the phrase is exemplified by the Latin expression nullum crimen sine lege ("no crime without law")3. The idea here is that citizens cannot be punished for something that is not described as illegal by their country's body of law. Here lies the distinction between moral and legal wrongs which many miss - just because something is immoral does not make it punishable by law. For example, most consider adultery an immoral act and yet you cannot be sent to jail for that, even if caught red-handed. This tenant also makes it impossible to try people for actions committed in the past that were not illegal at the time but are now.

3. No countries' laws may allow conduct that breaks the Universal Declaration of Human Rights

The most recent meaning taken on by the phrase 'rule of law' means more 'the rules of making laws' than anything else. It dictates that no country can legally allow war crimes, genocide, crimes against humanity or any other acts that violate the Universal Declaration of Human Rights. Often it is difficult to muster countries willing to enforce this, as proved by the 2013 accusations that the Syrian government used sarin gas on its people4, but in some case, like that one, the mere threat of UN military intervention is enough to dissuade the perpetrators from repeating the offence and that is all that is done.

Help with this two questions. Please write complete sentences. Be detail. ***Must be at least 3 pages for 1-3 questions** 1. Why does crime occur, according to differential association theory? (1 page) 2. Describe the theory's key concepts and propositions. (1 page) 3.Discuss in detail three major criticisms of different

Need help with homework question. Complete sentences. Be very detail. ***Most be at least 1 full page*** Describe the different ways in which individual traits and environmental factors interact (or influence) one another to produce persistent antisocial behavior, according to Moffitt's theory. Textbook: Criminolog

I seriously need help with homework assignments. Please be detail with answer the questions. Its must be at least six to ten sentence or paragraph for questions so I can understand. Answer the questions using the textbook listed below. PLEASE ANSWER ALL QUESTIONS.... Part One 1.Discuss the historical context of the origins

The mosque built by Muslim residents in the town of Unitas was recently vandalized. Derogatory remarks were spray painted on the front of the mosque, such as "Go home, al-Qaeda." The police have made it a priority to find the vandals and will most likely prosecute the issue as a hate crime. The Muslim community is understandably