The Middle Ages refers to the span of time in Europe between the fall of the Roman Empire and the beginning of the Renaissance. Many scholars choose to use this term because there was a distinct lack of scientific advancements, less trade, fewer cities and less cultural output 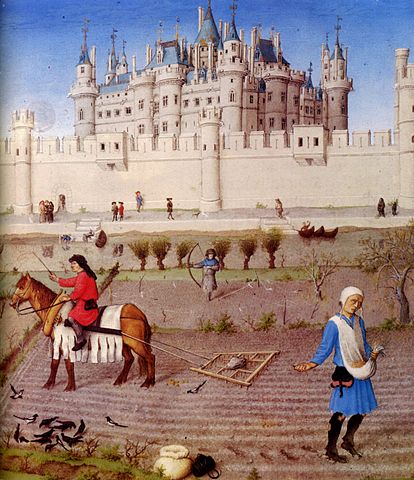 than the original Roman Empire and the following Renaissance period¹. The early Middle Ages was an uninspiring time in Europe’s history compared to its bookend periods. People were generally uneducated, literacy rates very low relative to the rest of the developing world and feudalism was the dominant social order throughout Europe from 500 - 1500.

The purported darkness of the Middle Ages in Europe is often exaggerated. Global warming brought grapes and other crops to England around 1000, doubling the population before the warming ended and the Black Death arrived from the East². Life expectancy was actually slightly longer than previous generations that lived before the fall of the Empire. Thomas Aquinas and Hildegard of Bingen were also important theologians that lived during Medieval times¹<.

Europe adopted a localized feudalistic system in replacement of the centralized government that had preceded it. This system was based on reciprocal relationships between lords who owned land and the vassals who protected it. Lords were also vassals to more important lords, such as the King. The small scale, local nature of the feudal system was well-suited for a time and place where the threats to people’s safety were also small scale and local¹. 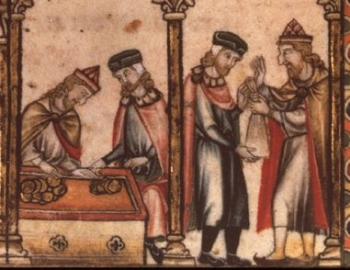 Europe experienced a switch from the centralized government of the Roman Empire to a localized feudalistic system during the Middle Ages. 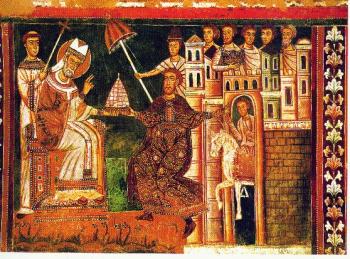 The lives and world views of many Europeans during the Middle Ages were driven by the Catholic Church.

Military and combat motivations in Europe changed in the Middle Ages, leading to the Crusades in the 11th to 16th centuries.

1. According to Merriam Webster, anarchy and anarchists are against governments and ruling powers. In our text by Rapport, the term anarchist movement refers to the period of the late nineteenth century and early twentieth century when people were forming groups and unions to rebel against deplorable work conditions and restrict

Where did the Belgian Revolution start and what was the end result of the Revolution in 1831?

1. Who are the more noted historians of the ancient world? 2. What impact did the advent of early Christianity have upon a concept of history? 4. Discuss the historical orientations of the Renaissance and Reformation. 5. What was the influence of Marx? 6. Reflecting on the average person in society, how have historians tried