In a world with as much population mobility as ours, organisations wishing to be successful must consider the needs of a diverse range of potential customers. Healthcare is no different. Most of the examples to follow are taken from Dr. Geri-Ann Galanti’s article, The Challenge of Serving and Working with Diverse Populations in American Hospitals1.

Most obviously, the cultural differences between a patient and carers may lead to trouble. In countries with strong traditions of gender segregation until marriage, a female may be opposed to the exposure of her body required for treatment if the attending physician is male, or a male patient may be unused to following orders from a female physician, no matter how professional and beneficial these are. In addition to difficulties of culture clashes, simple culture-based misunderstandings can prove fatal when a patient’s life is one the line. For example, an unconscious Korean man brought in by his non-English-speaking family with red welts across his chest was examined under the misconception that the welts were a symptom of whatever was causing his illness when in fact they were the result of the family’s attempt at the ancient Asian remedy of ‘coining’ and therefore unrelated to his condition1. 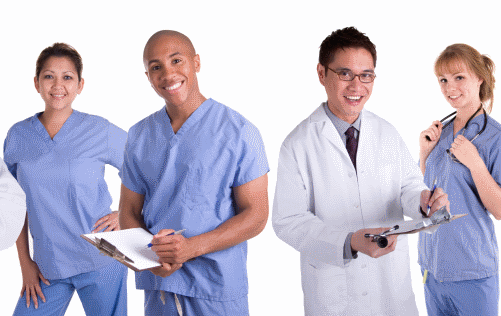 Stereotypes are something of a double-edged sword in dealing with diversity. On the one hand, holding the stereotype that British people are stoic could help a doctor realise that something is seriously amiss when a British patient begins complaining loudly and insistently of pain. However, a similar stereotyping can also  have negative results - for instance, a nurse that held the belief that ‘Mexican women express their pain loudly’ brushed off a Mexican woman patient's cries for an hour before calling the physician who then found hidden bleeding serious enough to warrant immediate surgery1. In the end, it may be prudent to begin with a factual generalisation and then take each case individually; often the family of patients can give the most accurate indications of what is and is not normal behaviour.

Diversity within healthcare staff can lead to a range of problems as well. There may be the aforementioned discomfort at taking orders from a certain gender or type of person among some cultures, or it may be a clash of values. One Filipino nurse went a long time regarding her coworkers as lazy for asking her to perform tasks for them while the native nurses regarded her as snobby for never asking for help or working as a team1.

In any event, clear communication including an objective acknowledgement and discussion of differences in worldviews and values can clear up many issues in diversity.

1. Galanti, G., (2001). The Challenge of Serving and Working with Diverse Populations in American Hospitals. The Diversity Factor.

How has Globalization and Diversity impacted healthcare organizations?

Cultural and Linguistic Issues in the Emergency Care

I would like to explore the impact of "Cultural and Linguistic Issues in the Emergency Care of patient" and how patient care and patient safety might be affected by it. Length of article should be around 500 - 600 words.

The effect of geographical and service barriers that affect healthcare in the U.S

Evaluate the effect of geographical barriers and service barriers (the number of providers available/specialists, etc. available) on delivery of health care in the U.S.

I am working on a Capstone research project and I do need some assistance with ideas on how to respond. I am required to base my response according to my clinical setting and identify a problem, issue or educational deficit and to build a proposal for change. The topic will be on Nosocomial infection and preventative method

What are the advantages and disadvantages of Six Sigma? Would you implement it in your organization? Why or why not?

1. What are the two most salient trends impacting the outpatient setting and analyze? 2. How did these trends come about and are they valid and supportive of healthcare? 3. How does this trend impact ER services?

Compare and contrast the philosophy of Taoism, Native American and Buddhist religions against Christianity in regards to providing health care. How can these perspectives be applied to a health care provider practice?