The Periodic Table is the arrangement of elements in tabular form based on atomic numbers and electronic configurations. The elements are presented in order of increasing atomic number (number of protons in the nucleus) in a table with 9 rows and 18 columns (which are also called groups). Although there are 18 groups in total, there are only 8 main groups based on the number of valence electrons. So if two elements had the same number of main electron shells, then they would be placed in the same row in the periodic table. If two elements had the same number of valence electrons, then they would be placed in the same group. If an element had an atomic number which was higher than an element in the same row, it would be placed to the right of it in the periodic table as it is organized in ascending order. For example, the elements carbon and nitrogen both have 2 main electron shells – this is why they are both placed in the second row of the periodic table. Phosphorus on the other hand has 3 main electron shells, but has five valence electrons just like nitrogen – this is why it is placed just underneath nitrogen. Thus, understanding the rules and complexities of the periodic table may be useful for chemists in predicting elemental properties as well as similarities and differences between the elements. © BrainMass Inc. brainmass.com May 27, 2020, 8:52 am ad1c9bdddf 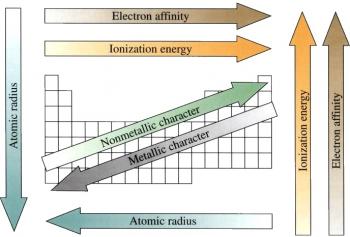 Periodicity refers to the recurring trends seen among the elements of the periodic table. 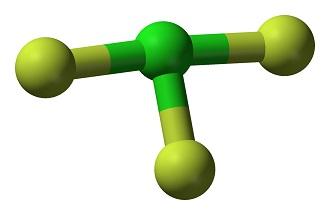 Halogens refer to Group 17 in the periodic table consisting of the elements: fluorine (F), chlorine (Cl), Bromine (Br), Iodine (I) and Astatine (At). 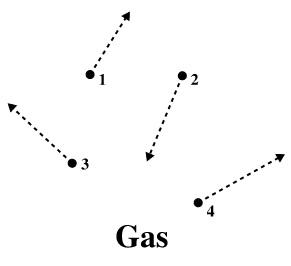 Gas is one of the four fundamental states of matter found between the liquid and plasma states, where their particles are widely separated and have very weak intermolecular bonds between the atoms.

Transition Metals refer to any elements found in the d-block of the periodic table.

1. What is the order of activity of the metals in your study? (Arrange them from most reactive to least reactive). Consider the metals used in demonstration - sodium, potassium and calcium in addition to the ones you used in experiment - copper, magnesium, zinc. 2. Why is calcium a poor choice for a metal to be used in pi

What elements are paramagnetic in the second row of the periodic table?

Explain the following observations. a) In2O is more basic than In2O3 b) Pi bonds exist between two nitrogen atoms but not between two phosphorus atoms c) Lithium salts are more readily soluble in polar organic solvents (ethanol, acetone) than in water

Understanding the arrangement of elements within the periodic table. Determining the number of electrons in the outermost shell.

Three elements are listed below. How many electrons does each have in its outermost electron shell? (1) aluminum (2) krypton (3) potassium