For example, the element carbon has the following Lewis structure, where there are 4 valence electrons surrounding it. 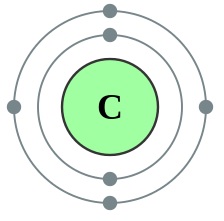 Methane on the other hand, which is comprised of one carbon and four hydrogen atoms, has the following Lewis Structure: 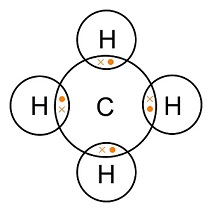 It can be seen that carbon and hydrogen share their electrons to form the four covalent bonds in methane. Thus, by drawing Lewis structures of molecules, no matter how complex they are, it makes it easier to see how the individual atoms are bonded as well as how the electrons interact with each other.

Lewis Structures of Acids and Bases

Need answers to all highlighted questions in the file regarding Lewis structures, molecular structure, and molecular bonding.

Draw Lewis structures for the following. Please explained in details. a. H2CO (both hydrogen atoms are bonded to the carbon) b. H2O2 c. C2F6 d.. CO32- e. H2SO3 (each hydrogen is bonded to an oxygen) f. C2H2

Draw a lewis structure for hydrogen cyanide and cyanogen. Use the properties of sodium cyanide to deduce the type of bonding that holds this compound. Explain how you arrived at this conclusions. Write a balance chemical equation for the reaction that occurs when sodium cyanide dissolves in water.

Draw the Lewis Structure for the ClF2+ and AlF4-.

Draw the Lewis Structure for the ClF2+ion and AlF4-. For each ion, what are its electron-pair and molecular geometries? What orbitals on Cl and F overlap to form bonds between these elements? Lewis structure: Electron pair geometry: Molecular geometry: Cl and F orbitals:

(a) Draw the best Lewis dot structure for the anion CN- and indicate on the basis of formal charges whether you would expect the extra electron to be on carbon or nitrogen. Does this agree with the prediction based on electronegativity? Explain. (b) Given the atomic energy levels for the carbon and nitrogen atoms

Nonplanar or Planar Structure of Nitramide

Nitric oxide, mononitrogen monoxide, is a gas at room temperature. Its Lewis structure has an unpaired electron and violates the octets rule. show its Lewis Structure. Show why this chemical is dangerous, by showing chemical reactions for its formation in the environment and its reactions in the atmosphere.

I'm not sure how the Lewis dot structure works. I would appreciate a simple explanation.