Control theorists believe that people always act rationally. For example, if acting deviant has a more positive consequence than not acting deviantly, most people would be deviants. Weak bonds free people to deviate and go against societial norms. Basically, people who have weak ties to society engage in crimes because they will benefit from it.

Strong bonds make deviance more costly. Any given person with strong bonds has more to lose by acting outside of norms.

Establishing strong social bonds in all four elements will prevent crime according to control theorists. People will conform to a group when they believe they have more to gain from conformity than by deviance.¹ Behaviour is not actually caused by outside stimuli but by what someone wants at any given time.

There are three types of controls in Control Theory¹:

Critics of Control Theory argue that it only explains non-serious youthful delinquency. Control Theory fails to explain adult criminal behaviour, white collar crime or serious youth crime. Many think that Control Theory places too much importance on bonds between individuals and society, without taking traits like impulsiveness into account.

1. Understanding Deviance, Social Control and Crime. Retrieved May 8, 2014, from https://www.boundless.com/sociology/understanding-deviance-social-control-and-crime/symbolic-interactionalist-perspective/control-theory--25/ 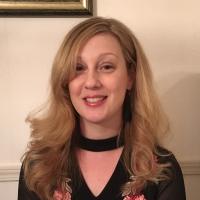