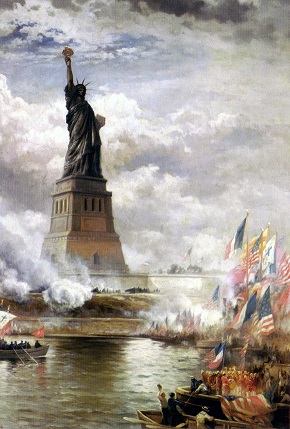 Negative liberty in a political framework can be understood as freedom from government intervention and tyranny. Right wing ideologists who believe in small government and privatization typically argue that the United States government violates negative liberties by government overreach. Some believe that government should play lesser or no roles in education, business, corrections and that these are better off privatized. Government restraints restrict individuals from pursuing the full potential of their happiness.

Positive and negative liberty can be understood in the statements “I am my own master,” versus “I am slave to no man,” respectively.