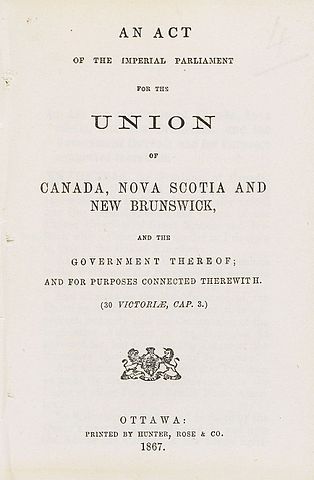 As a federation, the constitution divides government powers in Canada between one central government and each of the individual provinces. Under this structure, the central government cannot legislate in areas that encroach or limit the powers held by the provinces under the constitution, and vice versa.¹ Because of the voluntary nature by which each province joined the federation, a deep respect for provincial autonomy continues to be an important element in Canadian politics. Provincial autonomy is an especially important issue when considering the province of Quebec. It is also important to compare provincial rights with the lessor rights granted to aboriginal nations, considered to be founding nations of the Canadian federation as well.