Mining in the Commonwealth and other Anglo-Saxon countries is different from other jurisdictions like Germany and French-speaking countries because of their systems of law.  In the case of the Commonwealth, the landowner has claim to all of the minerals that are found within it, except in the case of gold and silver reserves, where the Crown has claim to all of the mined goods. In the United States, the states individually have claim over phosphate, nitrate, potassium salts, asphalt, coal, oil shale and sulphur, as well as a right of appropriation to oil and gas.

Mining policies in the United States are governed by the General Mining Act of 1872, in which the government authorizes the mining of minerals for economic purposes. This law codified the claim of land in which minerals could be found for mining. Canadian policy is determined by the Minerals and Metals Policy of the Government of Canada.  The policy determines jurisdictions and defines the role of the federal government in mining in Canada.

Federal Mine Safety and Health Act 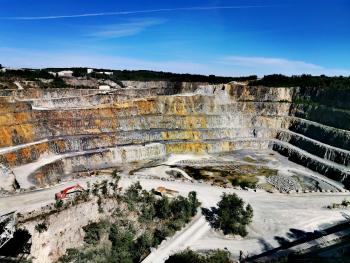 The amendment to the Coal Mine Safety and Health Act of 1969 in the United States.