Programming language theory is the part of computer science dealing with the analysis, design and implementation of computer programming languages. It does this by taking their individual features and how they compare to each other to create different classes of languages. It is a discipline of computer science, but relies heavily on mathematics and linguistics theory as well. The field has also made heavy contribution to these topics in return as well. 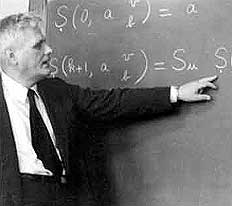 Write a method that will perform the a division operation (divide by) on the numbers passed to it in two variables (numerator, denominator) and outputs the results. Use a try-catch pair to output an error message if the illegal operation of divide by 0 occurs.

Systems Analysis-explanation on multiplicity on an association

What information is shown by multiplicity on an association end. I need to provide an example demonstrating my explanation that does not come from the ATM example.

How to write Hexadecimal numbers?

What is the best way to write the value '7564' and make it clear to the reader that the number should be interpreted as a hexadecimal value?

UML Diagram and list of variables for programming group project

For many years, your Uncle Frank has been running a small landscaping business. Through these years, he acquired many steady clients and knew most of them on a first name basis. Once a month, after completing the work for that day, he would calculate (on the spot) how much the client owed for the month with services rendered eac

An airline vice president in charge of operations needs to determine whether the current estimates of flight times are accurate. because there is a larger possiblity of variations due to wether and air traffic in the longer flights, he allows a larger error in the time estimates for them. He compares an actual flight time with

Given: To locate the nearest numbered cross street for a given avenue address, the following algorithm can be used: cancel the last diget of the address, divide by 2, and add or subtract the number given in the following abbreviated table: 1st Ave. add 3 2nd Ave.

Please create a flow chart for the following

Create a flowchart foe the following problem: You have a file containing the grades of students from Beginning Programming, along with the students' information. Your part of the program has to loop through the records, and make sure that any student who has received a 'D', 'W', 'I', or 'F' in the course will not be able to m

Useing a loop and switch statement. In this program, you will keep track of the number of votes for each color of m&m's candy. The user will be able to vote until he types the sentinal character 9. Display the menu and ask the user to enter a number. Check the number entered aginst the display numbers 1-2-3-4-5-6. If the number