Encryption is the balance of encoding data so that malicious investigators cannot read and understand it, yet desirable recipients can. Long gone are the days of Ceasar ciphers and jump codes on paper, however - now most encrypting is done electronically via an encryption algorithm. The result of information run through such an algorithm is known as ciphertext.

The most common method of encryption is done using an encryption key which is needed to decode the ciphertext. This schema can be further divided into public-key encryption and symmetric-key encryption. The former releases the key publicly, allowing anyone to use it to encrypt data, but requires a second, private key to decrypt the data, while the latter uses the same key which must therefore be agreed upon in advance by both parties and kept secret. It is also for this reason sometimes known as private-key encryption. 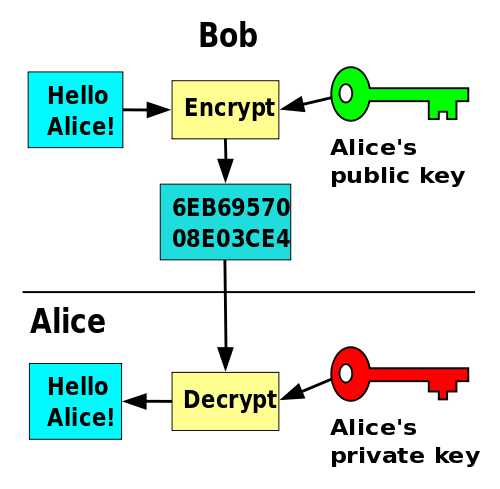 Encryption has become more important and everyday as computer use increases. Now everything from multinational companies' banking information to your mother's private Facebook messages is kept private via a variety of methods of encryption. Data is increasingly likely to be intercepted in transit through networks, where security is often weakest because of the increased number of machines linked in and therefore the increased number of entry points into the system. Therefore sophisticated encrypting is used to preserve the confidentiality of data in transit. The data's integrity and authenticity however, requires more than just encryption.

The news media seems to regularly report on organizations, government, and individuals who lose data storage devices such as hard drives or USB drives and other digital systems such as laptops, smart phones, etc. • What do you think is an organization's responsibility to ensure protection and proper destruction of any sens

ABC Institute of Research has sensitive information that needs to be protected from its rivals. The Institute has collaborated with XYZ Inc. to research genetics. The information must be kept top secret at any cost. At ABC Institute, the researchers are unsure about the type of key (asymmetric or symmetric) to use. Please formul

The solution gives detailed steps on counting number of passwords using the technique of combination and permutation under several conditions.

1. Using only 26 capital letters of the alphabet, how many 8-letters password are possible? 2. Repeat step 1 but do not allow the same letter to be used more than once in the password? 3. Repeat steps 1 and 2 using an encryption alphabet that contains 26 uppercase letters, 26 lowercase letters, and digit 0 through 9.

Finding the Private Key When You Know the Public Key

Public Key Encryption: If you have access to the public keys n and e, it is possible to reverse the public keys from them. One approach is to factor the value of n to discover p and q, then to determine d by finding a value k such that k(p-1)(q-1) + 1 divides evenly by e, the quotient being d. If you have n = 77 and e = 7 fo

2. For each of the following statements, determine whether or not the assertion is true and if it is, prove that it is. If it is not, prove that it is not. a) DES operating on a general plaintext input first with key K1 and then with key K2 produces the same output as if K2 were first used and then K1. b) Starting with a gen

How much more secure is given double encryption when compared with either of the constituent single encryption substitution ciphers?

Should you allow data to be sent over the network unencrypted if it's stored in your database in encrypted form? Why? Please explain Why or why not?