The circulatory system is critical to animal life and functions to transport fluids and molecules throughout an animal’s body. However, the complexity and specific components which comprise this system vary greatly among different species. Furthermore, some unicellular species and even some multicellular animals lack a circulatory system and use diffusion to transport molecules.

Although some metazoans (multicellular animals) rely on diffusion for transporting substances, most animals have a circulatory system. The transportation of fluids and molecules is the major role of this system, along with heat exchange and osmotic/water/ionic balance. The types of substances which the circulatory system transports include carbon dioxide (CO2), oxygen (O2), immune cells, signalling molecules, nutrients and waste products.

Conversely, a closed circulatory system has blood maintained within vessels (arties, arterioles, capillaries, venules and veins) and pumped by the heart through these vessels, which vary in terms of their size and thickness. Most vertebrates, including all jawed vertebrates have a closed system. However, the diversity among these circulatory systems and among the heart organ itself, is incredibly large. 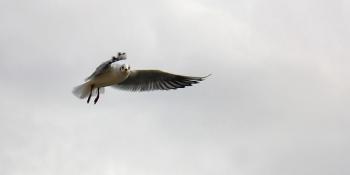 Adaptation to high altitudes is a concept associated with air-breathing animals and the challenges they must overcome in these environments in order to survive.