A Poisson process is a stochastic process that occurs over a certain time period. Within this time period, the Poisson process counts the occurrences of events. The Poisson process is a continuous time process and a type of Markov process. An example of a Poisson process can be thought of as a piece of Uranium slowly experiencing radioactive decay. The radioactive particles are emitted in accordance to a function of the remaining number of particles; emission rate declines as number of particles left declines. This situation is consistent with all the properties of a Poisson process. At time zero, there are no particles emitted. The intervals between emitted particles are independently distributed from one another. No counted occurrences are simultaneous. The probability of the particles emitted at any given interval is dependent only on the time interval. Lastly the probability distribution becomes a Poisson distribution. Poisson processes can be classified into a few types. These are homogeneous, non-homogeneous, spatial, and space-time.

Statistics: Poisson Process for demands for an item on a warehouse

How likely is it that exactly 1 customer will arrive in any 5 minutes? If there are no additional customers waiting (or walking up to the counter) when a particular customer begins her transaction, what is the probability that no one will be waiting in line when her transaction is finished?

People arrive a a particular sales counter at the rate of 6 in any 15 minute period and are served on a "first come first served" basis. Arrivals occur randomly throughout the hour and the arrival rate is the same during the entire business day. It takes 5 minutes to service a single customer. How likely is it that exactly 1

The Wait Time at a Fast Food Restaurant

Harry's Hamburger is a restaurant where customers form a single line for 1 cashier. The average numbers of arrivals is 1 per minute and the Poison distribution accurately defines this rate. The average time to serve a customer is 30 seconds, and the exponential distribution may be used to describe the distribution of the serv

The manager for Select-a-Seat, a company that sells tickets to athletic games, concerts, and other events, has determined that the number of people arriving at the Broadway location on a typical day is Poisson distributed with a mean of 12 per hours. It takes approximately 4 minutes to process a ticket request. Thus, if customer 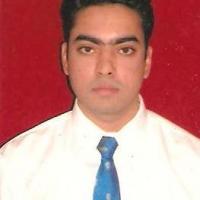