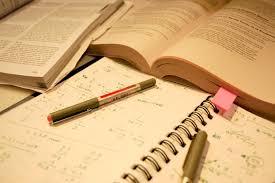 Factor analysis is a statistical method used to describe variability among observed, correlated variables in terms of a potentially lower number of unobserved variables called factors.

Cluster analysis is the task of grouping a set of objects in such a way that objects in the same group are more similar to each other than to those in other groups.

I need some help with this case study review and identify everything that is required. Thanks The readings for this week focus on various types of correlations and regressions. In this discussion we will apply those concepts to the analysis of a case study. Read the "Chocolate and Body Weight" case study presented in Chapter 20

See attached file. Expert request The following problems are to be solved by Excel and/or MegaStat. You need to find the values on the excel regression solutions and interpret them. Part 1 is a simple linear regression as done in the chapter 13 assignment. You should only include Y (fuel consumption) and X1 (temperature) f