Sensations are the physiological processes that underlie the transformation of chemical, mechanical, light and sound energy in the world into electrical activity in the brain.¹ Perception is the selection, organization and interpretation of sensations. Psychologists divide human senses into two categories. Chemical senses include seeing (vision), hearing (audition), taste (gustation) and smell (olfaction). Somatosenses include skin senses, kinaesthetic senses and vestibular senses. 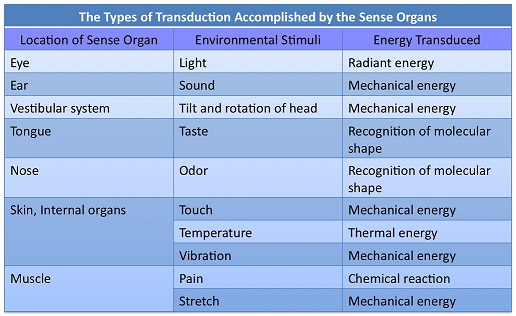 An important concept to understand when studying sensation is Johannes Muller’s Doctrine of Specific Nerve Energies (1835):¹

Transduction is the process whereby sense organs convert energy from environmental events into neural activity through action potentials.¹ As is known from Muller’s doctrine, each sense organ responds to a particular form of energy and translates that energy into neural firing to which the brain can respond.

Because the brain has no direct information about the energy stimulating a given sense organ, it uses anatomical or neural coding to interpret the location and type of sensory stimulus. This is either interpreted through a temporal code (coding of information in terms of time on a particular cell eg. rate) or a pattern/population code (coding of information by the pattern over a whole population of cells).¹ For example, interpreting an odor would use a population code but interpreting the actual intensity of smell would use a temporal code. 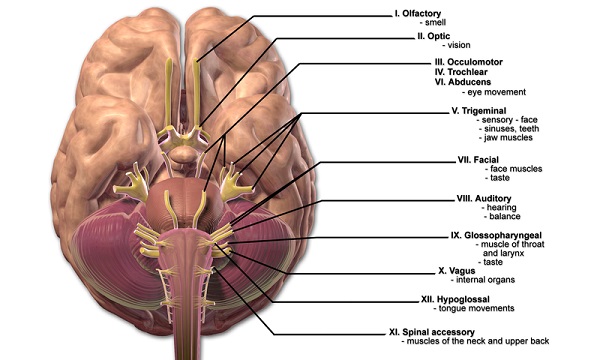 To study the nature of experience, one must be able to measure it. Weber came up with the concept of just-noticeable-difference (JND) which is the smallest change in magnitude of a stimulus that a person can detect.¹ The JND is directly related to the magnitude of that stimulus. Across all sensory domains, JND for a stimulus increases as its intensity increases in different ratios known as Weber fractions. These ratios are different for every sense. The JND is also known as the difference threshold. Psychological methods also rely heavily on the concepts of threshold (the point at which a stimulus, or change in value of a stimulus and be detected in general and the absolute threshold (the minimum values of a stimulus that can be detected).¹

This is a diagram of the cranial nerves. All chemical sensory information travels along these nerves to get in and out of the brain.² 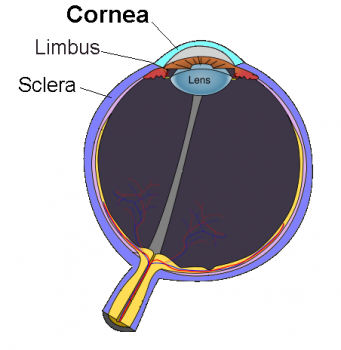 The adequate stimulus for vision is light. 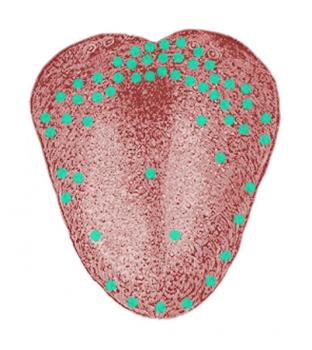 Gustation and olfaction are the taste and smell senses respectively. They are closely related but their cortices operate in very different ways. 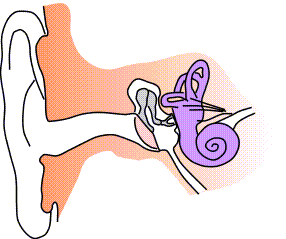 Hearing, or audition, is the result of sound waves being interpreted by the brain based on their amplitude, frequency and complexity.

The Importance of Sensory Adaptation

Explain the concept of sensory adaptation.

What exactely is the conscious-unconscious continuum relating to one of Freud's key concepts?

Psycho-biological limitations and the auditory experience

To help me understand the various topics covered in psychology, please explain to me: (1) The consequences of the phycho-biological upper, lower, and end limitations imposed on auditory experience. Please write at least one page of information. Thank you.