Private schools rely on tuition payments and funds from nonpublic sources such as religious organizations, endowments, grants, and charitable donations.¹ Private schools pick from a pool of students who apply for admission and may be single sex. 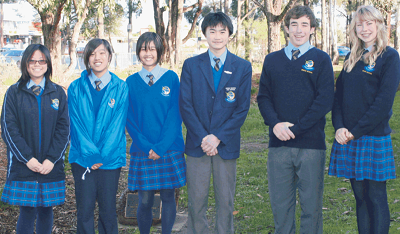 Approximately a third of all elementary and secondary schools in the United States are private.¹

Boards of trustees govern independent schools. They may be associated with a religious group but cannot receive funds or governance from them.¹ Of the 34,000 private schools in the United States, only 2,000 are independent.¹ Many independent schools accept boarding students as well as day students.

Parochial schools are private church-related schools. Most parochial schools are owned and operated by Catholic parishes and Protestant denominations.¹ Hebrew schools may also be called parochial. The academic curriculum at these schools is supplemented with required daily religious instruction and prayer.¹ Teachers may be clergy or laypersons that may or may not be trained educators.

Proprietary schools are private schools run for profit. The schools do not answer to any board of trustees or elected officials and claim to be able to respond quickly to the demands of the educational market.¹

The emergence of the evolution vs. creationism debate in the late 20th century has resulted in the widespread establishment of new religious private schools.

In the southern United States, after it was established by the Supreme Court that all schools were required to desegregate, many private schools were established that accepted only white students. In turn, public schools became very heavily concentrated with African American students. Many of the “segregation academies” have since shut down, although a few still exist.