The nucleus of a cell is a membrane-bound organelle situated within the cytoplasm and can be thought of as the “brain” of a cell. Without a nucleus a cell would not be able to function since it controls all cell operations.

The nucleus holds the cell’s genetic material in the form of chromatin, which is comprised of DNA, RNA and proteins. When the chromatin fibers are in a condensed form, the nucleus’s chromosomes can be seen. Chromosomes provide the cell's hereditary information, its nuclear genome. Thus, the nucleus regulates gene expression. In comparison to prokaryotes which contain singular, circular chromosomes, eukaryotes contain multiple, singular chromosomes.

In addition to controlling gene expression, the nucleus is needed to mediate replication, it is the site of transcription and it manages processes both inside and outside of this membrane-bound organelle. Figure 1 below provides an image of a nucleus. 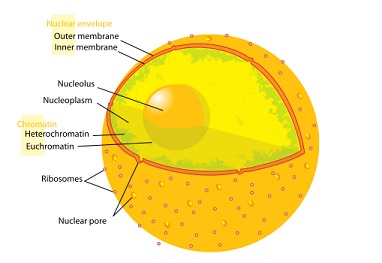 Figure 1. The figure above provides a schematic image of a nucleus.

Parts of the Nucleus:

Nuclear Envelope: This is composed of both an outer and inner membrane.

Nucleolus: This structure is responsible for producing rRNA molecules and making ribosomes.

Euchromatin: Is the less compact form of chromatin.

Heterochromatin: Is the more compact form of chromatin.

Nuclear Pores: These pores are composed of proteins and are found within the nuclear envelope, acting as an aqueous channel.

Ribosomes: This organelle acts as the site for protein synthesis (translation).

http://www.ucmp.berkeley.edu/exhibit/phylogeny.html Please use this link for this assignment. Once you find the "Chordata" link within the correct Kingdom page, notice the subphyla listed beneath it. Take note of which subphyla the sea squirt belongs to (you will see it in parentheses next to the correct name). Next click

If a cell loses or rejects its nucleus, what is its fate and why?

How are nuclear DNA and mitochondrial DNA transferred from parent cells to daughter cells?