The main focus of this book is how to solve general systems of linear equations. It also touches on matrices, but does not include more advanced topics in linear algebra, such as determinants, vector spaces, linear transformations, eigenvalues and eigenvectors.

This book is ideal for high school or first-year college students. A thorough knowledge of basic high school algebra is the only prerequisite.

Linear algebra is mainly concerned with solving systems of linear equations. An example of such a system is as follows:

The above system of linear equations has a unique solution, namely x = 1; y = 2. 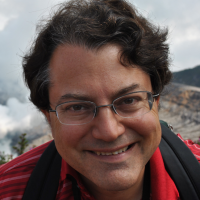 David Terr, PhD is a UC Berkeley alumnus with a PhD in number theory as well as a Master's degree in physics from the University of Chicago. He has worked for many years as a software engineer. David also has several years of teaching experience at various universities and community colleges, where he has taught courses in first and second year calculus, linear algebra, differential equations, algebra, statistics, and various undergraduate physics courses. He has worked as an Expert for BrainMass since September 2011.