Capitalist countries led by the United States grew alarmed at communist calls for world revolution, particularly since many of the Soviet leaders were authoritarians with deplorable records on human rights. This ideological struggle between the United States and the Soviet Union, called the Cold War, spanned over four decades. Beginning with the Truman administration, the United States committed itself to the containment of communism all over the world. While Europe was a major focal point for the Cold War, once China became a communist country in 1949, attention shifted to Asia. It was in Asia that the United States faced its greatest challenges to the containment doctrine. The United States was determined to meet the threat of communism all over the world and the Vietnam War serves as a prime example of this policy.

Readers of this book will gain a greater understanding of the military and political tensions associated with the Cold War and how this led America into the Vietnam War. This work outlines the background of the conflict in Vietnam and chronicles the involvement of the United States from the Truman administration to the Nixon administration. It is intended to provide a clear understanding of the reasons why the United States became embroiled in what would become its longest and most frustrating war. This book is ideal for anyone looking for an introduction to or a better understanding of the Vietnam War.

The Vietnam War remains the longest war in American History and undoubtedly the most unpopular American war of the Twentieth century. Nearly sixty thousand American soldiers were killed and another three hundred thousand were wounded. More than two million Vietnamese died during the war. The Vietnam War left an indelible mark on those who experienced it and the generations that followed.

The images that almost always spring to mind when the Vietnam War is mentioned involve 1960s culture icons including hippies and anti-war protests. Yet many are unclear as to how the conflict started or why the United States ever became involved in such a remote area of the world. In fact, many are surprised to learn that the roots of the Vietnam conflict date back prior to the Second World War, a time when the region was still a colony of France.

The country of Vietnam, located in Southeast Asia, was part of a region referred to as Indochina. This region not only included the present-day country of Vietnam but also Laos and Cambodia. For centuries it was a part of China until it broke away. During the nineteenth century, major industrial powers like Great Britain, France, Germany, and the United States sought to colonize regions around the world in order to gain access to natural resources vital to manufacturing. As a result, France colonized Indochina because of valuable natural resources such as tin and rubber.

Indochina remained under French control until World War II when the Japanese, an ally to the axis powers of Germany and Italy, occupied the region and expelled the French. After World War II, with the axis powers defeated, France sought to re-occupy its former colony, now called Vietnam. However, a group of Vietnamese nationalists known as the Vietminh sought independence behind the leadership of Ho Chi Minh, a communist. From 1945 to 1954 the French battled against the Vietnamese communist forces.

Despite American aid to France, communist forces defeated the French. A peace conference was held in Geneva where the country was temporarily divided along the 17th parallel between communist North Vietnam and an anti-communist South Vietnam. The French failure in 1954 to defeat the communist forces in Vietnam along with the United States commitment to a policy of containment guaranteed American intervention. This eBook documents American involvement in Vietnam from the early days of the French defeat until the last American combat troops were withdrawn in 1973. 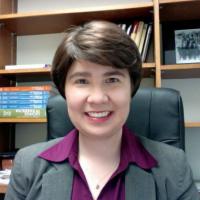 A scholar and a teacher of American History for over 20 years, Melanie Storie earned a Master s of Arts degree in history from East Tennessee State University in 1991. She primarily teaches American History at the university level, however she is also a certified secondary education teacher. She enjoys teaching, researching, and writing about historical topics and has most recently published articles dealing with the American Civil War. As a member of the BrainMass community since October 2003, she constantly strives to help students gain a greater understanding of American History through her custom responses and eBooks. Feel free to contact her about your questions in American History.