This book describes scientific uncertainty and precaution specifically as both concepts apply to environmental and related policies. Policy makers, and the scientists whose work informs the policies, frequently have conflicting definitions of these terms and how the concepts should be best applied. In exploring these issues, the author also examines what a policy analyst should know about how science informs relevant decisions. Developing an understanding surrounding the specific concepts of scientific uncertainty and precaution as they are most commonly used by both scientists and policy makers illuminates problematic areas between the two groups and provides a framework for suggestions that may help bridge some of those differences.

This book is ideal for undergraduate and graduate students but is targeted to the third year undergraduate student in public policy and administration, environmental management, science or government who is working with scientific uncertainty and precaution in developing, enforcing or evaluating policies, rules or regulations. It is also appropriate for educators who need to understand precaution and uncertainty.

Environmental policy makers rely on science for guidance in policy activities including planning, evaluation and prediction. While policy makers are strongly encouraged to make policy decisions based on sound science, agreement about what actually constitutes sound science is often nebulous at best. The very notion that science speaks truth to policy has been challenged by both scholars and practitioners (Pielke, 2004; Sarewitz and Pielke, 2005) opening the discussion to knowledge claims that originate beyond the disciplinary boundaries of science alone. Yet policy s continued reliance on science attests to the importance placed upon science whether or not its methods are fully comprehended by those who use the science.

One area of persistent misunderstanding between scientists and policy makers is the concept of uncertainty, particularly as it applies to the use of science for policy decisions. Uncertainty in science differs from the common use of the term that means one does not have the answer. Two types of scientific uncertainty may be employed, and both differ from the common definition. Scientific uncertainty may mean that one does not know a definitive answer because of insufficient information, or it may refer to a range of predictive likelihood based on specific pre-defined criteria which may or may not transfer to another circumstance that operates under different conditions. This guide concentrates on the types of uncertainty and related aspects of science that those who analyze environmental policy need to consider. These aspects include precaution, risk and uncertainty, and how these issues continue to affect environmental policy processes.

Many current environmental policy issues demonstrate the importance of understanding science and the different definitions of uncertainty as applied in environmental decision making. For example, regulations on cleaning up polluted sites differ depending upon the type of pollution (e.g. chemical, physical, radioactive), identified overall human health hazards (e.g. integrity of water supply, endocrine disruption or particulates in air pollution resulting in respiratory and cardiac events), potentials for environmental degradation of critical habitats (e.g. heat pollution of salmon streams, oil spills near a coral reef, or buried waste leaching into a water table supplying fresh water for agriculture, towns or wild lands), and whether or not the pollutants are listed as toxic.

In each of the above situations, policy makers call upon science to inform decisions about pollution classification as well as the degree and type of health or environmental hazard. Scientific expert opinion is offered within a range of uncertainty, which is a standard measure in science that puts strictly defined experimental parameters on the likelihood of particular events or outcomes. By its very nature, all scientific information is uncertain because under the scientific method, no matter how many times an experiment is conducted, a hypothesis can never be proven to always be true. There is always a possibility that a false reading may occur sometime in the future that will refute it. This is called falsification.

Making a decision based on scientific evidence which may in the future be refuted requires an understanding of that uncertainty as a key element for responsible decision outcomes. Some policy approaches advocate using tools such as probability analysis that employ statistical models to show the likelihood of events against worst case scenarios as a way of making cautious decisions under uncertainty. However, this process can backfire on policy makers, as in the case of recent government predictions of a flu pandemic in which worst case scenarios were used for both policy making and public communication, leading to wide criticism of decisions made when the worst case did not materialize.

When exploring science and uncertainty in environmental policy, it becomes clear that science is more than just verifiable data and replicable processes; it is a way of thinking and problem solving. In complex systems, such as those considered in most environmental issues, depending upon temporal and changing scientific knowledge in building governance and institutions that assume more control over complex and interwoven natural systems than actually exists creates risky and often dysfunctional management systems. Reconciling science with public policy is complicated and sometimes contentious but is an interesting venture to pursue. 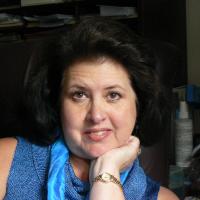