This book is ideal for upper level high school students and college students who are enrolled in college level algebra courses or need to review these topics. In order to understand the content of this book, it is assumed that students have some basic knowledge of solving linear equations, square roots, and complex numbers.

This book explains how the quadratic function behaves graphically and forms a special curve known as the parabola. The methods used to solve quadratic equations in this text are factoring, applying square roots, completing the square, and the quadratic formula. All equations considered in this text will have real coefficients; however, some of the solutions will be imaginary or complex.

Quadratic equations have a variety of applications to include projectile motion in physics, population models in environmental science, and revenue-profit models in business. The parabolic shape formed by quadratic functions is found in satellite dishes, lenses, and illumination devices such as spot lights and automobile head lights. 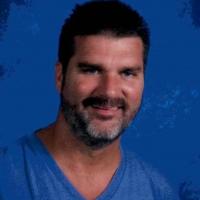 My name is John M. Gillis, Ph.D. I have been teaching mathematics since 1994 in Columbus, Georgia. I teach in both high school and college venues and have been an adjunct professor at Columbus State University since 1996. My degrees include a BS in Mathematics from the University of Florida, Med and EdS degrees in Mathematics Education from Columbus State University, a MS in Applied Mathematics from Auburn University, and a Ph.D in Mathematics Education also from Auburn University.
</br>
Before teaching, I spent four years in the U.S. Army. My hobbies include fitness and guitar. To further my career, I have turned to the Internet. I am interested in using my knowledge of mathematics to consult and write. BrainMass has given me the opportunity as an Academic Expert to do both in an online environment.