In this solution, I present several discussion questions focusing on Charles Dickens's A Tale of Two Cities. These questions focus on the main events of the novel.

SOLUTION This solution is FREE courtesy of BrainMass!

1. Discuss the theme of burial and resurrection in this novel. Give examples which illustrate this theme.
2. Discuss the significance of the opening paragraph. How do the contrasts in this paragraph mirror other contrasts presented in the novel?
3. Discuss the literal and symbolic roles of weather. Pay particular attention to storms.
4. What gothic elements are found in this novel? Give examples to illustrate those you wish to discuss.
5. Discuss Dickens's symbolic use of the sea in this novel.
6. How does Mr Lorry tell Lucy Manette of her father's release from prison?
7. How do the broken wine cask and the people's thirst for its spilled contents mirror later violence and chaos?
8. Why is the name "Jacques" significant (Dickens bk. 1, ch. 5)?
9. In what condition do Lucy and Mr Lorry find Doctor Manette? How does he occupy himself? How do the tools of his employment influence his condition?
10. Discuss Jerry Cruncher's two professions. How does he refer to the profession which is illegal?
11. Why does Jerry object to his wife's prayers?
12. With what is Charles Darnay charged during his trial in England? How is this case resolved?
13. How does Darnay's story about the prisoner in the Tower affect Doctor Manette?
14. Discuss the marquis's attitude toward the peasants. Give examples which illustrate this attitude.
15. Why does Charles Darnay choose to renounce his French connections and rights?
16. What promises are sought and made by Doctor Manette and Charles Darnay before the latter's marriage to Lucy?
17. What security does Mr Stryver suggest for Sydney Carton's benefit?
18. Why does Mr Stryver wish to marry Lucy? What makes him decide against this step?
19. Whose "funeral" takes place in London? Why is such a charade necessary?
20. What does the mender of roads reveal to Monsieur Defarge and his companions?
21. Of what does Madame Defarge's knitting consist?
22. Why do the Defarges take the mender of roads to Versailles?
23. Compare and contrast the "golden thread" woven by Lucy around her family and home with the knitting which occupies Madame Defarge and her associates (bk 2, ch. 21).
24. Explain the significance of the rose in Madame Defarge's head-dress.
25. Discuss the significance of the conversation between Lucy and Sydney Carton before her marriage.
26. What happens to the doctor on the evening following his daughter's wedding? How do Miss Pross and Mr Lorry conceal this event?
27. What advice does Mr Lorry seek after Doctor Manette's return to health? What are the consequences of this advice?
28. What circumstance compels Darnay to make a journey to France? How does he inform his family of this departure?
29. Describe the scene witnessed by Doctor Manette and Mr Lorry in the courtyard of Tellson's Paris headquarters.
30. Discuss the literal and symbolic roles of Tellson's Bank.
31. Explain the meaning of the phrase "in secret" (bk. 3, ch. 1).
32. What does Charles Darnay request of Defarge while being escorted to La Force? How does Defarge respond?
33. Why does Madame Defarge wish to see Lucy and her child?
34. How does Madame Defarge respond to Lucy's gratitude and plea for womanly sympathy?
35. Why is the doctor confident of his power to assist and rescue Charles?
36. Why does Lucy keep a vigil near La Force? How do her husband's enemies plan to use this against her?
37. How is Charles's homecoming after his release from prison interrupted?
38. Who meets Miss Pross and Jerry while they buy wine? What is his profession? What is his real identity?
39. How does Sydney Carton win the "hand of cards" he plays with the spy (bk. 3, ch. 8)?
40. Who is the third person to denounce Charles Darnay resulting in his second arrest and trial?
41. Consider Doctor Manette's account written during his years in the Bastille. What is the significance of the dying peasant woman's repetition?
42. How did the dying peasant boy receive his fatal wound?
43. What consequences arise from Doctor Manette's failed attempt to save Charles's life?
44. What does Sydney Carton overhear in the wine-shop? How does he instruct Mr Lorry to act based on this knowledge?
45. What do Madame Defarge and her friends plot to do following Charles Darnay's death?
46. How is Madame Defarge's knitting brought to an end?
47. How does Darnay occupy his time while waiting for his summons to death?
48. How does Sydney Carton bring his plan to fruition?
49. Discuss the importance of Sydney Carton's encounter with the seamstress while they await their fate.
50. Discuss the final paragraphs of the novel. Is the ending appropriate? Explain. 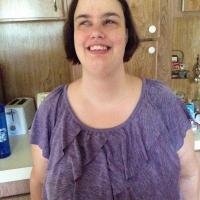 Economic Growth of The World Bank

Carter versus Perrault and the Brothers Grimm

Nouns as Appositives and Direct Address

Design a Learning Event For k-12

Would violence in fairy tales be a good essay topic?

Questions pertaining to the 'Wife of Bath's Tale'